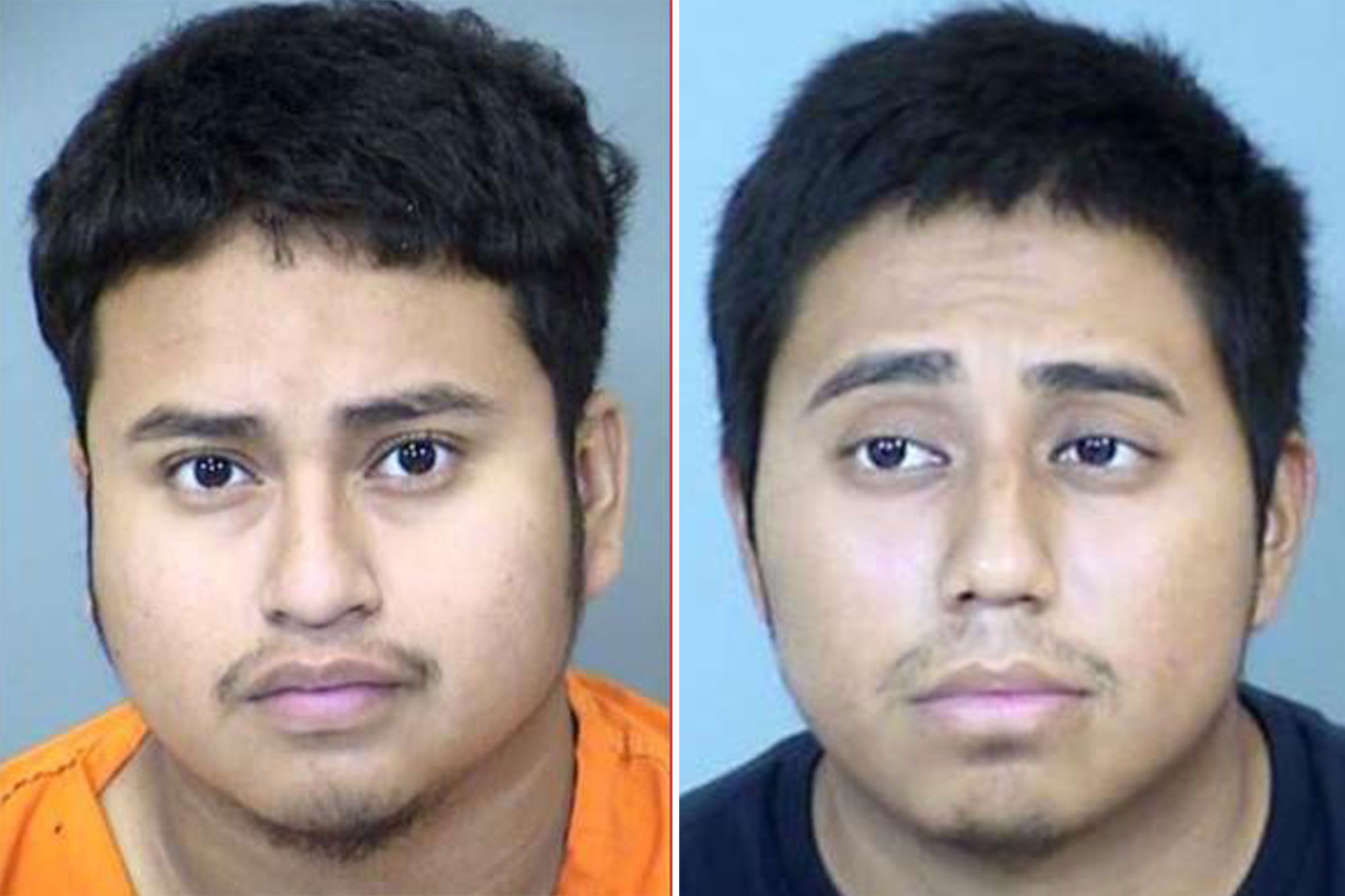 An Arizona man told cops he kept the decomposing body of his teenage girlfriend in a plastic container “because he wanted to remain close to her,” reports said.

Daniel Blas Torrealba, 21, and his brother were busted after Phoenix police found the remains of his live-in girlfriend Destiny Munoz, 17, wrapped in plastic and tape in the container, police announced Monday.

The brothers allegedly stuffed Munoz into the container, which reeked with “a strong odor of decomposing matter,” from a car to a truck on Oct. 5 when the body was found, according to court records obtained by azfamily.com.

Torrealba and his brother Edwin Chavez-Blas, 19, are now accused of covering up Munoz’s death with a plan to cut her into pieces with a chainsaw and bury her, according to the court records.

Munoz was killed by a gunshot, but Torrealba claimed she shot herself during an argument in one of several differing explanations he gave witnesses over how the teen and mother of his 1-year-old child met her end, the website stated.

After Munoz was dead, Torrealba texted her family using her phone so they “would not worry about her,” the court records stated.

Torrealba and his brother Edwin Chavez-Blas, 19, are accused of covering up Munoz’s death with a plan to cut her into pieces with a chainsaw, The Arizona Republic stated.

The Blas-Torrealba family had reported Munoz missing on Oct. 5, after they said they hadn’t seen her in about 10 days, the newspaper stated. When police arrived at the home, they allegedly found Munoz’s remains in the container. Police think she died around Sept. 26, reports said.

Torrealba was on probation after a conviction for helping undocumented migrants for money when Munoz was killed, according to 12 News. He had told others in his family she died after he pushed her and she hit her head, the station reported.

Chavez-Blas helped his brother clean up the scene, authorities alleged – he was reportedly caught on surveillance video buying the container, tape and the chainsaw at Home Depot. All furniture was found to be removed from the house, 12 News stated.