Manny Pacquiao to racists attacking Asians: ‘Fight me instead’ 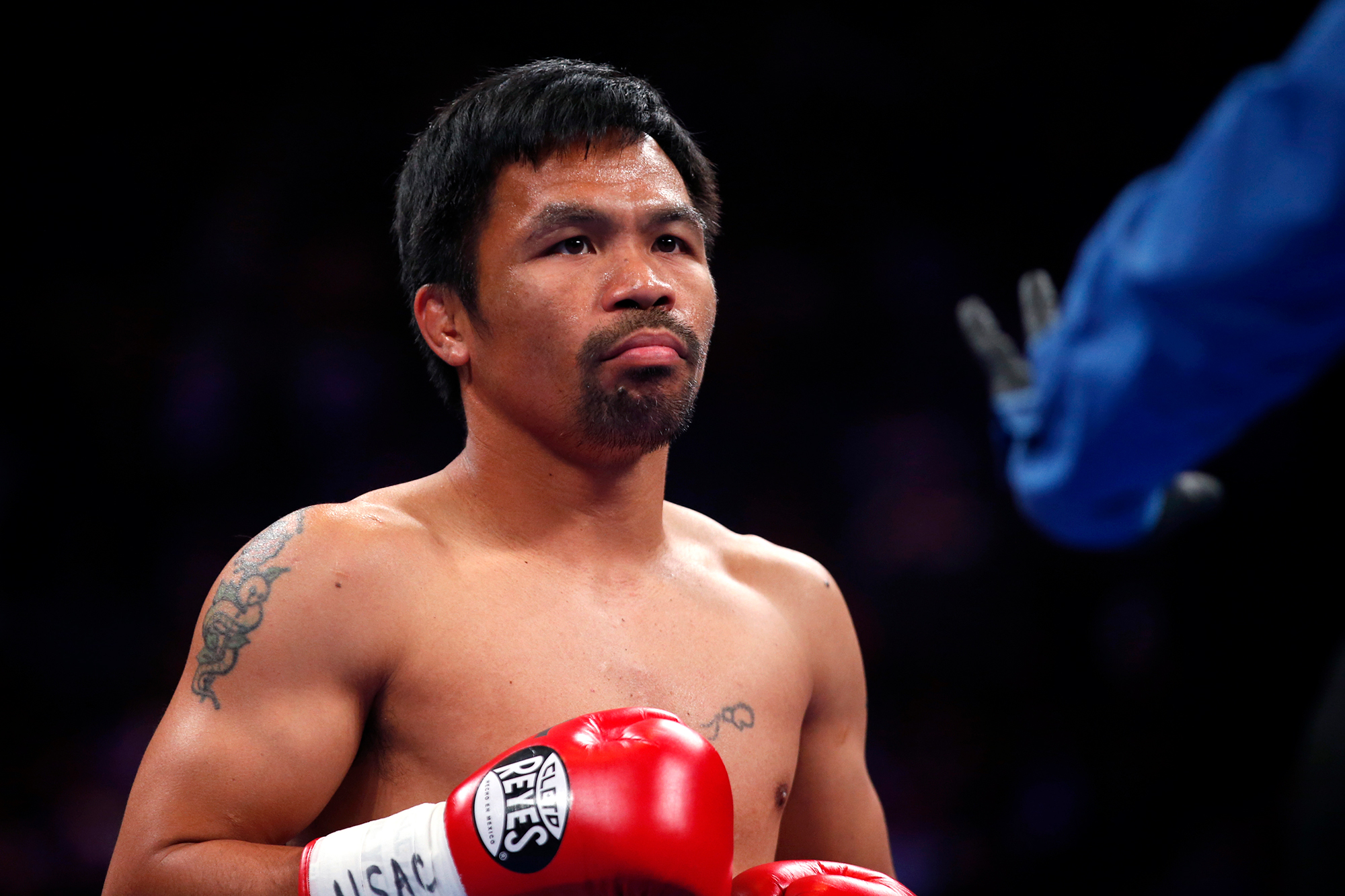 “Stop attacking Asians who can’t defend themselves! Fight me instead,” the 12-time world champ tweeted in four languages early Thursday.

The posters were shared with the now-viral hashtag “#StopAsianHate,” showing the Filipino pugilist-turned-politician surrounded by victims of recent anti-Asian hate attacks.

They included a screenshot of the attack on a 65-year-old woman in Midtown this week, as well as the image of the man charged for the attack, convicted murderer Brandon Elliot.

“We have one color in our Blood! Stop discriminating. LOVE AND PEACE TO EVERYONE!!” Pac Man wrote in the tweet.

While it’s unlikely anyone will take him up on his offer, it comes amid rumors that the 42-year-old boxer is planning a real return to the ring after a two-year absence.

He is currently in discussions to fight WBO welterweight champion Terence Crawford on June 5, a source at Top Rank told ESPN on Tuesday. There have also been long-running rumors of a bout against former UFC champ Conor McGregor.

How to Watch 2021 ANA Inspiration Live Stream 0nline for Free

U.S. sanctions against Russia for Navalny poisoning may come on Tuesday

How to get your full COVID stimulus check during tax season