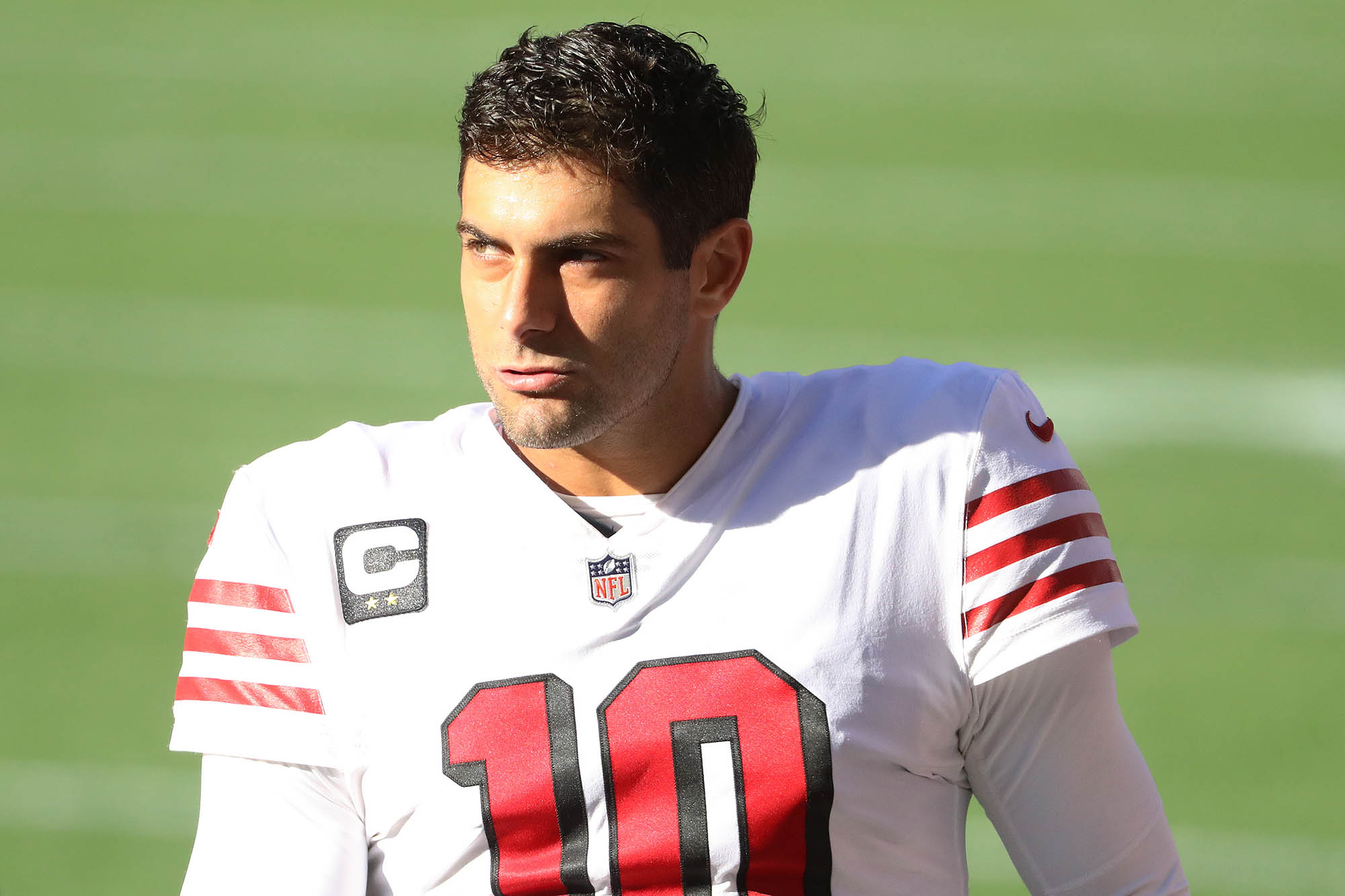 San Francisco is 24-9 in Garoppolo’s starts with the team, having been to the Super Bowl in his only full season. The problem is, he’s only made 33 starts (including the playoffs) in the span of four seasons – and many of those wins have been on the strength of a top-flight defense and running game.

Rumors have swirled all offseason that the 49ers may look to upgrade at the position, with Deshaun Watson even linked to the team as he faces his own offseason drama with the Texans. 49ers GM John Lynch committed to Garoppolo, saying last week he would be the Week 1 starter if healthy, but some aren’t so sure.

“Do I believe 49ers general manager John Lynch when he claims that Garoppolo will be his starter in 2021? Of course not,” NFL insider Michael Lombardi wrote in The Athletic. “They are too active, too aggressive to run it back one more year with someone they don’t have complete trust in.”

It seems likely that San Francisco will at least add a high-quality backup to either challenge Garoppolo or to provide insurance in case he gets hurt again. A different report in The Athletic mentioned the 49ers had been in contact with the Panthers about Teddy Bridgewater.

Garoppolo could also be on the move if his team were to move on from him – perhaps to New England, the team that selected him in the second round of the 2014 NFL Draft.