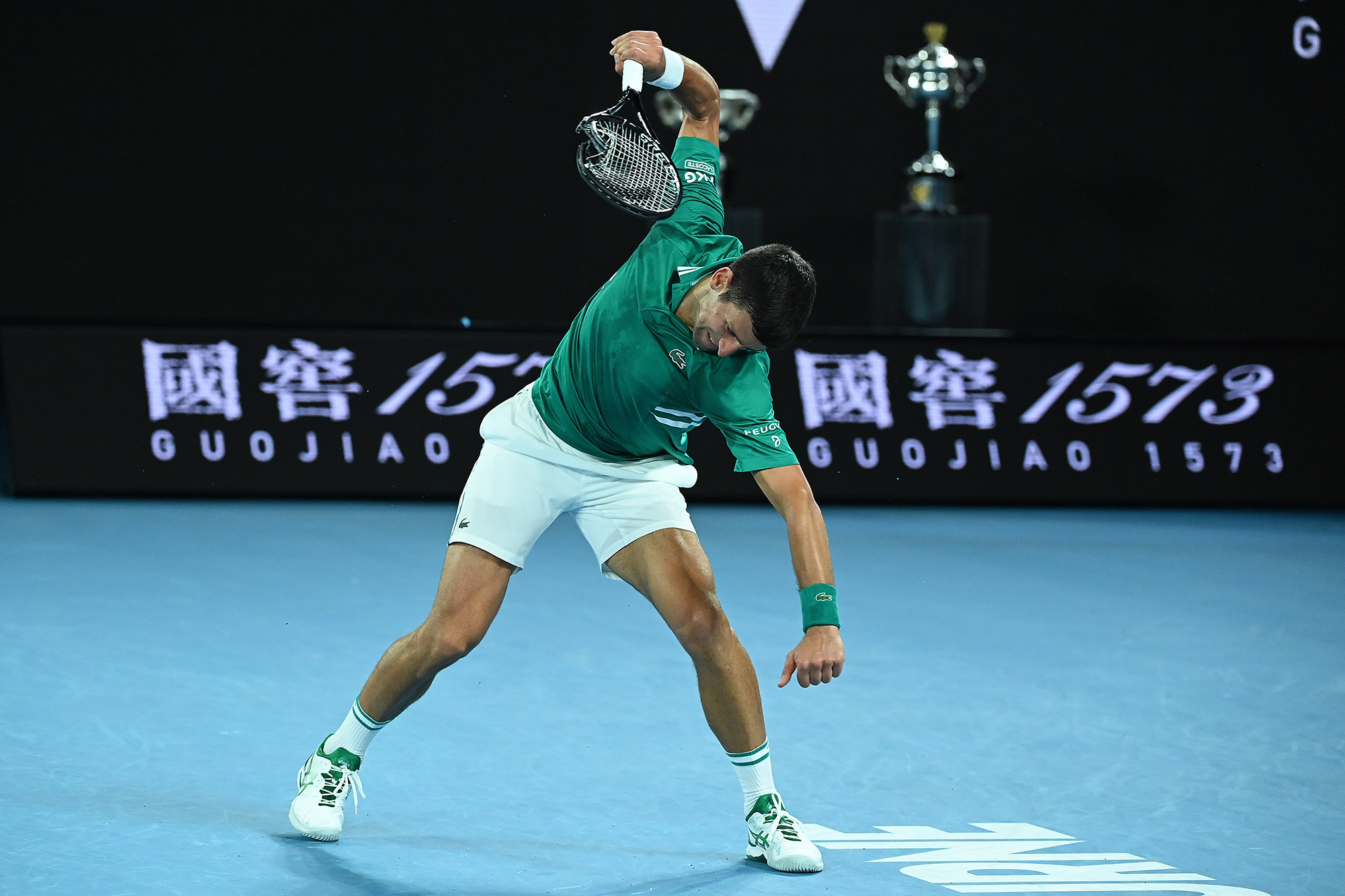 Will Novak Djokovic ever learn?

The hot-headed No. 1 men’s tennis star lost his cool again Tuesday, slamming his racket against the court en route to a quarterfinal win at the Australian Open.

Djokovic became enraged and scarred the court after losing a point to Alexander Zverev in the third set.

“I kind of regained my focus after I broke that racket,” Djokovic said in an on-court interview. “Things started to shift a little bit for me in a positive direction.”

“It was a relief for me, but I wouldn’t recommend this kind of relief-channeling, if you want to call it,” Djokovic told reporters later on. “Of course I’m not proud of that, but you go through a lot of different emotions, you go through an inner battle. Everyone is different. I have my own demons that I have to fight with.”

Djokovic has been fighting demons for quite a while.

Most recently he was disqualified from the US Open in September after he smacked a ball in frustration and unintentionally hit a line judge in the throat.

That outburst cost him his 29-game winning streak.

“I’m going to take this in as profound as possible for me as a big lesson,” Djokovic said at the time.