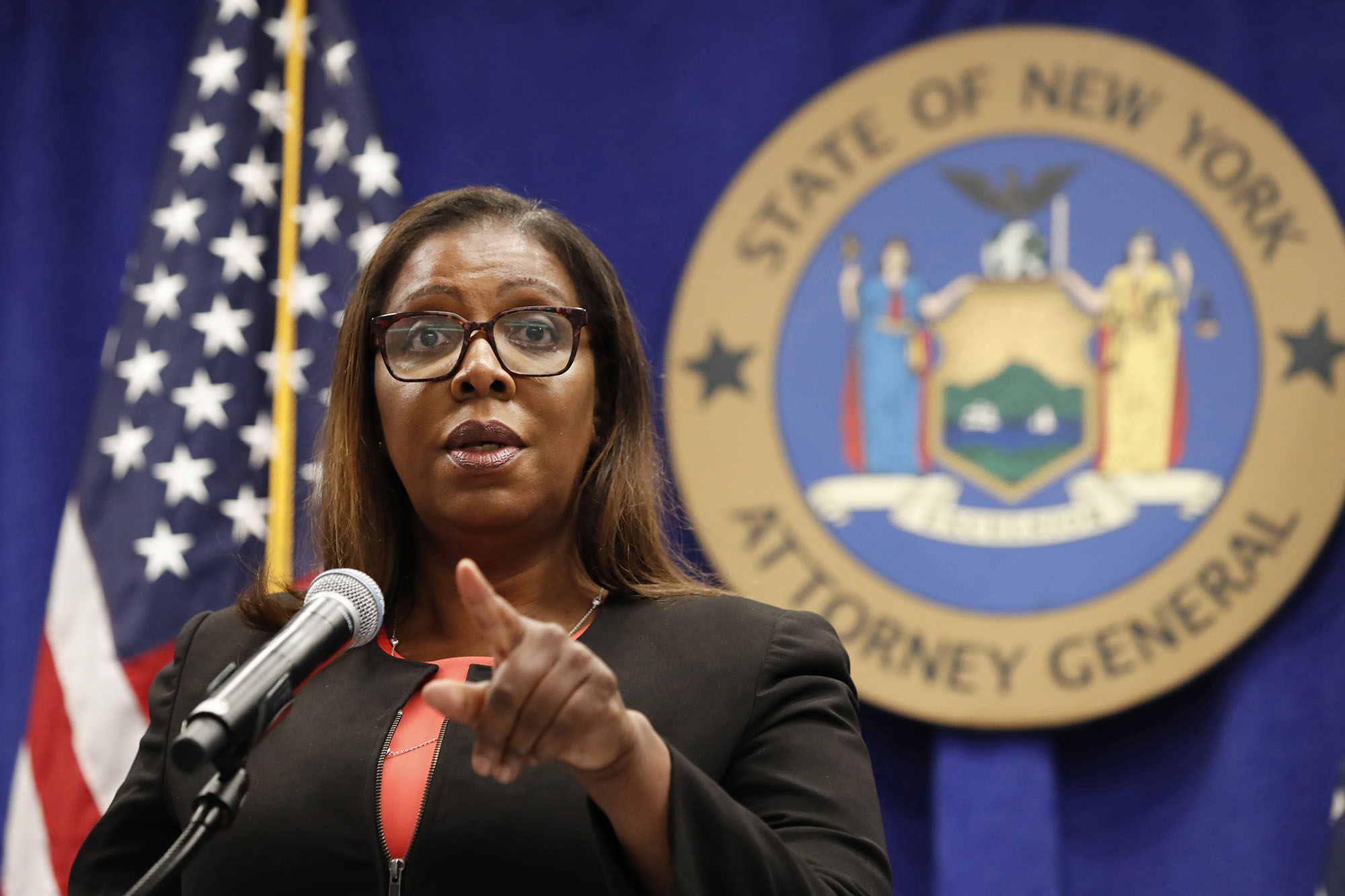 James is “reviewing” a letter sent to her by five female Republican state senators requesting an “immediate appointment of a Special Prosecutor” to review Lindsey Boylan’s accusations against Cuomo that include kissing her “on the lips” and suggesting “Let’s play strip poker” while chatting on a plane trip, a source said Thursday.

Cuomo has denied the stunning claims made by Boylan in a Medium post.

Boylan is a former top deputy in the Empire State Development agency who is now running for Manhattan borough president.

A source in James’ office said Thursday, “we’ve received the letter and we’re reviewing it.”

The senators argue that Cuomo’s influence over state agencies makes it impossible for them to investigate a case against the governor — particularly the Joint Commission on Public Ethics.

“While the Joint Commission on Public Ethics (JCOPE) has been just another extension of the governor’s control and has a history of concerning conflicts in its investigations into the executive branch, we request the immediate appointment of a special prosecutor to conduct this investigation,” said the letter to James signed by Sens. Patricia Ritchie (R-Watertown), Susan Serino (R-Hyde Park), Pamela Helming (R-Geneva), Daphne Jordan (R-Castleton-on-the-Hudson) and Alexis Weik (R-Patchogue).

Aside from the accusations leveled against Cuomo, the senators also urged James to probe the alleged actions of Cuomo’s staffers in the executive chamber and other “loyalists” for trying to “intimidate” Boylan and potentially other women “into remaining silent.”

The senators asked James to investigate Boylan’s claim that “Governor Andrew Cuomo has created a culture within his administration where sexual harassment and bullying is so pervasive that it is not only condoned but expected.”

“If these allegations are true, the actions of the governor and his staff are not only grossly inappropriate — they are potentially criminal in nature. At a minimum, the seriousness of these allegations clearly warrants a comprehensive, immediate investigation by an independent prosecutor,” they said in the letter to James.

A state Senate GOP spokesperson said the lawmakers have not yet received a response from James to their letter calling for an independent probe of the governor.

Cuomo’s fellow Democrats are also calling for an independent probe.

“The serious allegations presented against Gov. Cuomo by his former staffer are incredibly upsetting and repulsive. I join the multiple calls made for an immediate independent investigation into them.”

“He demands excellence. He requires those around them to perform,” said Cohen, a former federal prosecutor who has know Cuomo for over 30 years.

Cohen said Cuomo can be “blunt” at times and his candor might be perceived as “brutal” by some people.

“I have never in my time … I have never seen anything the like of what Ms. Boylan has described,” Cohen said.

Here’s how to not let the pandemic sour your Passover

Jill Biden felt like a ‘failure’ after divorcing first husband