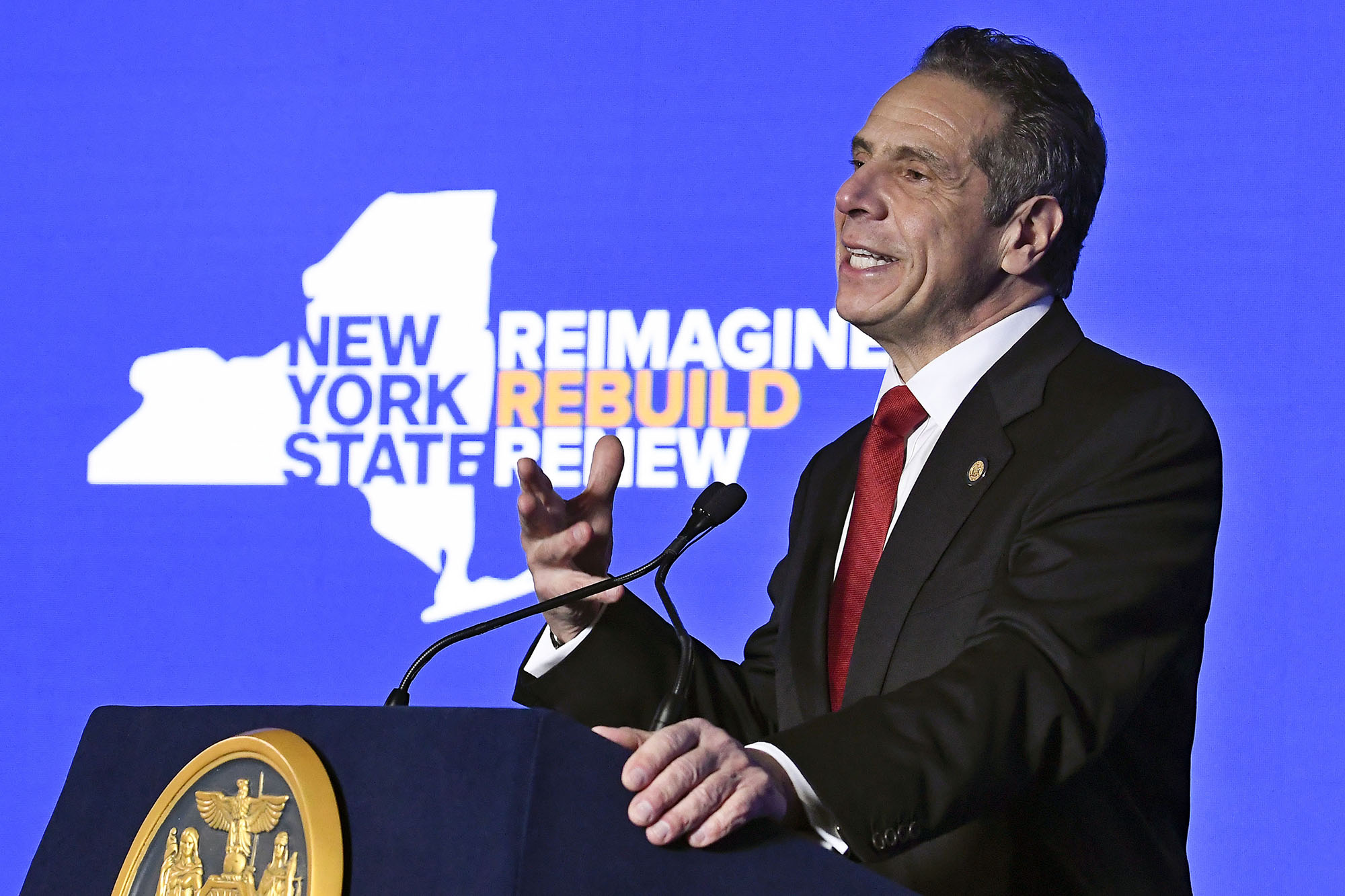 State Assembly Republicans are moving to form an impeachment commission “to gather facts and evidence” surrounding Gov. Andrew Cuomo’s “handling and subsequent cover-up of the COVID-19 crisis in nursing homes” across New York, they was announced Thursday.

The Assembly Republican Conference will next week introduce a bill to create a bipartisan panel tasked with “examining the state’s method of administration and conduct in all matters relating to nursing homes and long-term care facilities during the COVID-19 pandemic.”

Under the resolution, the committee would have a 60-day deadline to conduct its work and submit its findings and recommendations to the legislature on whether to impeach.

The move comes after The Post exclusively reported how Cuomo’s top aide Melissa DeRosa admitted on a conference call with lawmakers that the Democratic governor’s administration withheld the true death toll of nursing home residents for fear it would be “used against us” by federal prosecutors.

“The Cuomo Administration’s nursing home cover-up is one of the most alarming scandals we’ve seen in state government,” Assembly Minority Leader Will Barclay said in a statement.

Cuomo’s administration has faced fierce criticism over its handling of COVID-19 in nursing homes, including for a since-rescinded March 25, 2020 state Health Department directive ordering nursing homes to admit infected patients after they were discharged from hospitals.

Following that report, state Health Commissioner Dr. Howard Zucker finally revealed the total number of resident fatalities in both nursing homes and hospitals at 12,743 as of Jan. 19.

“Intentionally withholding critical information from the public, underreporting fatality numbers by 50 percent and the recent revelation they hid the truth to avoid a federal Department of Justice investigation are among the factors that raise the serious possibility of criminality,” said Barclay.

“It is incumbent upon the Legislature to undertake a comprehensive, bipartisan review of the Cuomo Administration’s policies, decisions and actions on this matter and render a decision on what steps must be taken to hold the governor accountable,” he said.

The bill’s bipartisan panel would consist of eight members with two appointees from each legislative leader. Of those eight members, the Assembly speaker and Senate majority leader would jointly appoint one co-chair, with another co-chair selected by the minority leaders in each house.

The panel would have the same powers of a legislative committee, including the ability to subpoena witnesses and compel records, correspondence and documents related to the matter be produced, the Assembly Republicans said.

“The Legislature has a responsibility to hold this administration accountable. Rolling back the governor’s emergency powers is important, but doesn’t begin to scratch the surface of what’s needed,” Barclay said.

State Democratic Party chairman Jay Jacobs said he did not support the proposal.

“I think it’s outrageous that the Republican leadership in the Assembly would speak to politicize the pandemic, the work of the governor and the state health authorities on the handling of the pandemic,” Jacobs told The Post.

“To take advantage of a situation that certainly has no relationship to criminality and, interestingly, smacks of hypocrisy when the same Republican leadership has been silent when it came to the actual criminality of a Republican president who fomented insurrection and actually deserved to be impeached,” Jacobs said in reference to former President Donald Trump.

More than 13,000 nursing home residents have so far been killed by COVID-19, according to state Department of Health figures.

The FBI and the Eastern District of New York US Attorney’s office have already opened an investigation into Cuomo’s handling of nursing homes amid the coronavirus pandemic, sources said Wednesday.

Jimmy Garoppolo’s Patriots past under microscope