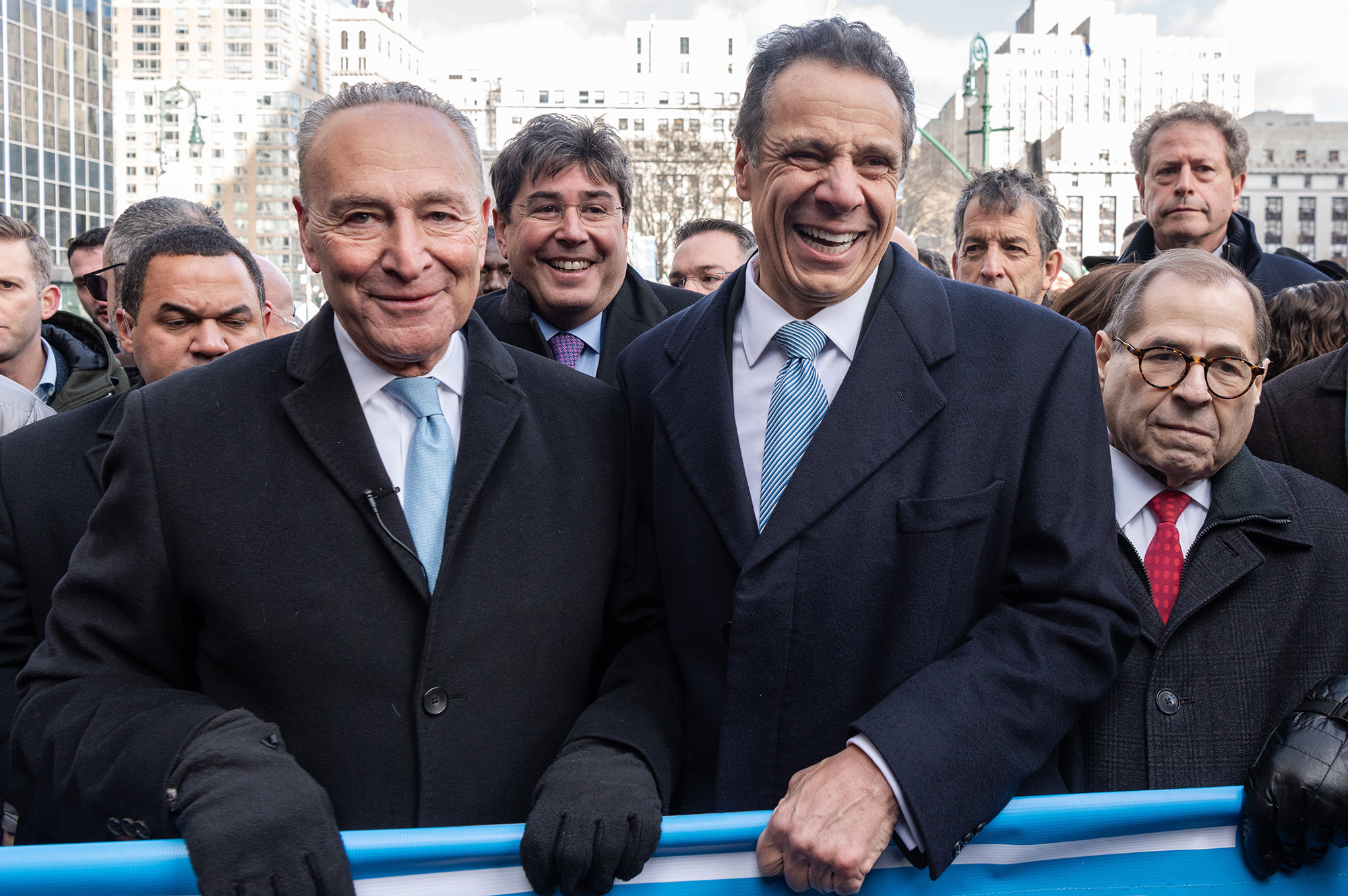 Senate Majority Leader Chuck Schumer just dumped tens of billions in free cash on New York, but Gov. Andrew Cuomo and other state leaders still want more, even eyeing tax hikes when they should be looking at tax holidays.

The federal “relief” package will send $12.6 billion in unrestricted aid to the Empire State, part of a $50 billion cash bath for local governments, schools and colleges, small businesses, airports and mass transit.

Yet Cuomo insists that tax hikes remain on the table because New York really needed $15 billion in federal aid to offset the fiscal damage caused by the pandemic. And never mind that the state was facing a multibillion-dollar hole before anyone had ever heard of the coronavirus.

If Cuomo were serious about repairing New York’s finances, he’d cut spending — as well as the state’s addiction to it. Instead, red ink will gush as soon as the federal aid stops.

He should heed Nicole Gelinas’s suggestion and use some of the windfall to save small businesses and the jobs they provide: Declare months-long sales-tax holidays for restaurants and retailers. Keep people working, and those income taxes may be more than you give up in sales taxes.

With so much of New York on its knees after this last year, the last thing anyone needs is for Albany to not only consume all the bacon Schumer just delivered, but to also insist on skinning the public for even more.

Yankees need Jonathan Loaisiga to step up in unique season

Nick Jonas assures that JoBros are still together on ‘SNL’