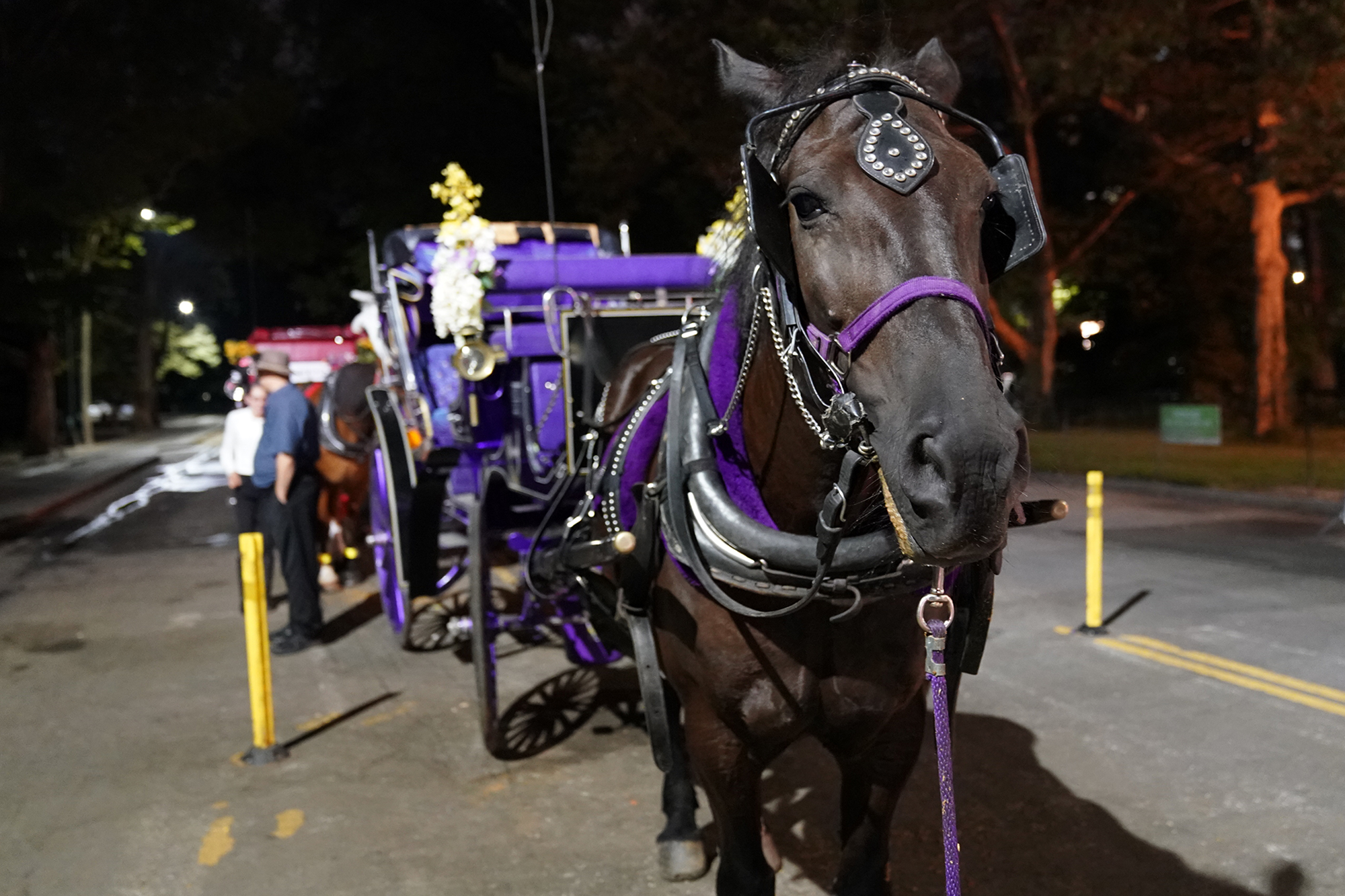 A carriage horse euthanized after collapsing in Central Park last year likely had a genetic muscular disease — and showed no signs of mistreatment when she died, according to a post mortem released by the drivers’ union Sunday.

Aysha, a 10-year-old draft crossbreed, died Feb. 29, 2020 — with heartbreaking footage showing her stumbling on her hind legs and slumping down to the ground.

Her death sparked protests against the use of carriage horses in the city — but the Transport Workers Union claimed Sunday that a post-mortem exam showed Aysha appeared well cared for.

“On physical exam, I found (this) horse in good condition, no evidence of struggle, no marks, no fractures, and no injuries consistent with abuse or mishandling,” Dr. Camilo B. Sierra wrote of her post-mortem examination for the city’s Health Department.

“I must assume this horse sustained an acute case of” of Polysaccharide Storage Myopathy (PSSM), a muscular disease known as “tying up,” the veterinarian wrote in the newly released report.

PSSM is genetic, according to the College of Veterinary Medicine, and causes horses’ muscles to freeze because of fault in the way it converts food into energy in its cells.

The condition is often asymptomatic, and Aysha’s personal vet also concluded that the mare had PSSM that was “subclinical,” meaning it had not shown up in previous check-ups, the reports showed.

Christina Hansen, a spokeswoman for the carriage drivers, said the post-mortem results were being released to stop the case from being “exploited and misrepresented.”

Mayor Bill de Blasio was one of those who lashed out at the time, calling it a “painful” example of a “persistent problem” of the hansom cabs that he has long tried to ban.

Hansen said Sunday that carriage workers are “upset that activists continue to lie about [Aysha’s] death to inflame the emotions of well-meaning animal lovers and politicians.”

“Once again, equine veterinarians and the regulators in the New York City Health Department are in agreement that the carriage horses are being properly cared for,” Hansen said of the released reports.