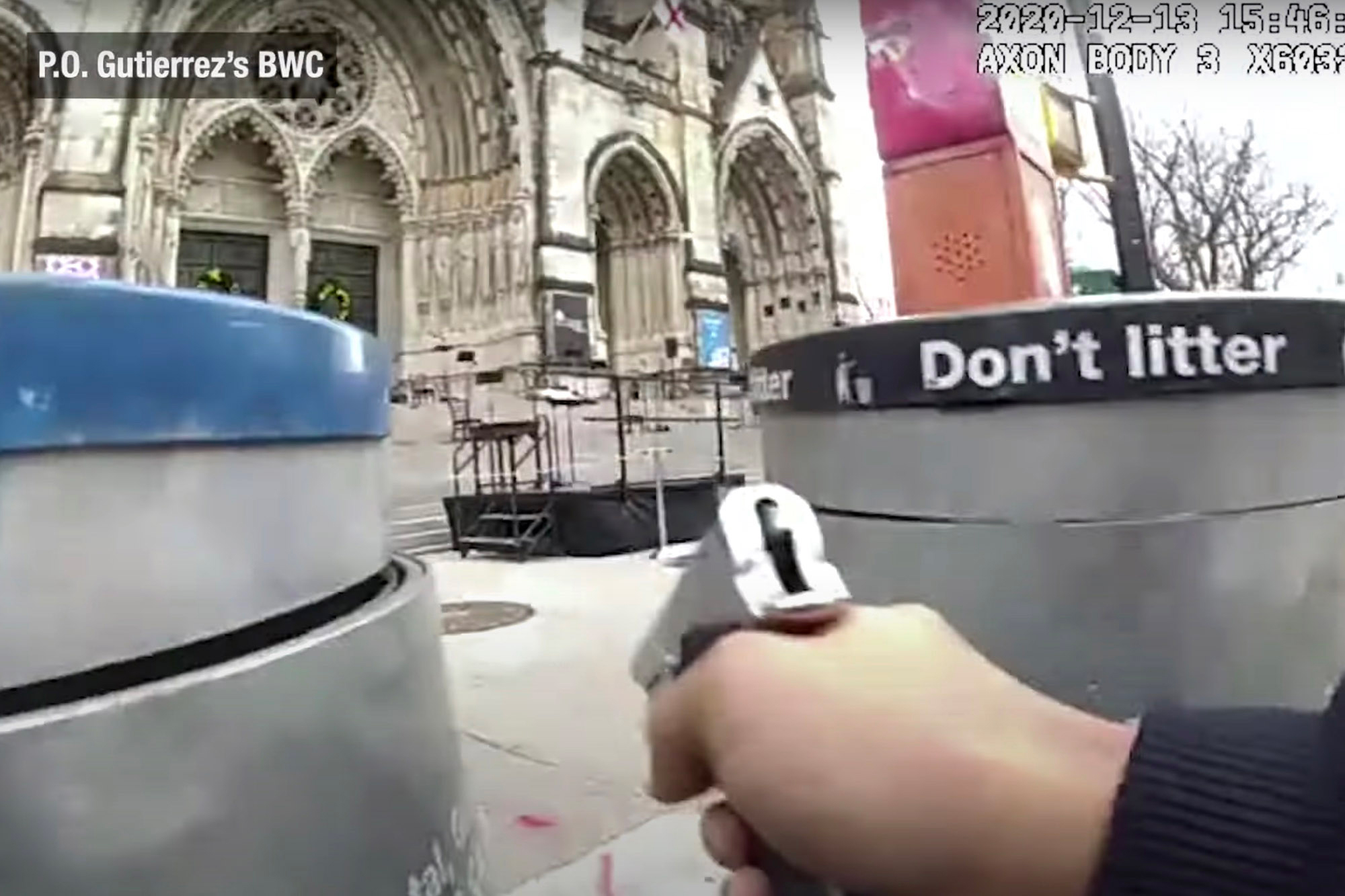 The NYPD released bodycam footage Friday showing the moment a crazed, Bible-toting gunman was fatally shot by police after he opened fire on the steps of a Harlem church during a Christmas celebration.

Just after 3 p.m. on Dec. 13, the Cathedral Church of St. John the Divine on Amsterdam Avenue had just wrapped a “Carols for the Community” concert and spectators were lined up and filing into the holy place.

Vasquez, 52, was blending in with the crowd and standing in line when he suddenly jumped out and started waving two pistols — a Jimenez Arms .380 caliber semiautomatic and a Taurus model PT111 G2 9mm — in the air and raining bullets, the clips show.

Parishioners and passersby ran for cover, video shows, with some ducking behind cars and another tripping and falling into the street in a desperate bid to escape the frantic scene.

News cameras that’d been lined up in front of the church, filming the concert, were abandoned while a person laid sprawled on the floor next to the equipment, playing dead, the video shows.

Gutierrez, who was across the street, ran over and ducked behind a few metal garbage cans and ordered Vasquez to drop his weapon as the Bronx man screamed “Kill me! Kill me!”

Detective Specialist Jason Harper, who was near the far corner of the church, fired nine shots at Vasquez, Gutierrez fired two and Sgt. Kensington Cunningham, who was in the area for an unrelated event, fired three when Vasquez failed to drop his weapons.

The Dominic Republic native, who was armed to the teeth with a full can of gasoline, rope, wire, multiple knives, a Bible and tape, had planned to take hostages. He was shot once in the head and pronounced dead at Mount Sinai Morningside.

The Force Review Board will review the evidence to ensure the use of force was justified.

Hail a Ride Hands-Free: Apple Opens Siri to Outside Developers