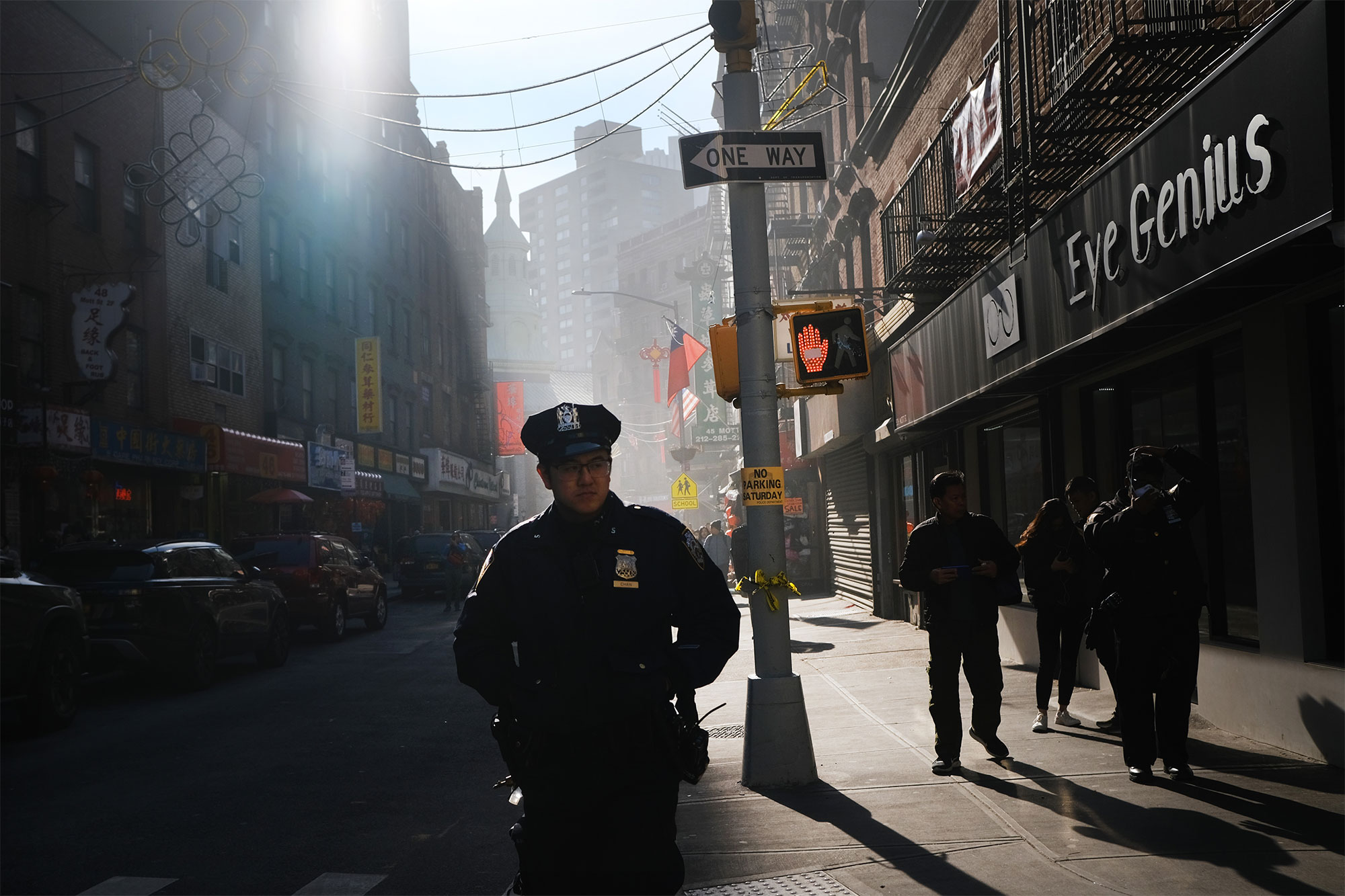 The NYPD is ramping up its presence in Asian communities across the city in the wake of Tuesday’s Atlanta-area massage parlor shootings that left eight people dead.

The department’s counterrorism bureau said in a statement on Twitter that it was “monitoring” the shootings at three businesses in Atlanta and a suburb, which were believed to have been carried out by 21-year-old suspect Robert Aaron Long.

“While there is no known nexus to #NYC we will be deploying assets to our great Asian communities across the city out of an abundance of caution,” the bureau wrote.

A motive in the massage parlor slayings was not immediately known, but the businesses were primarily staffed by Asian workers.

Council Speaker Cory Johnson noted the attacks come amid a recent wave of anti-Asian crimes across the national — including in the Big Apple.

“This is a horrific crime at a time when we’re already seeing a spike in anti-Asian violence,” Johnson wrote on Twitter.

“We must stand up for our sisters and brothers in the AAPI community. My heart goes out to the families of the victims.”