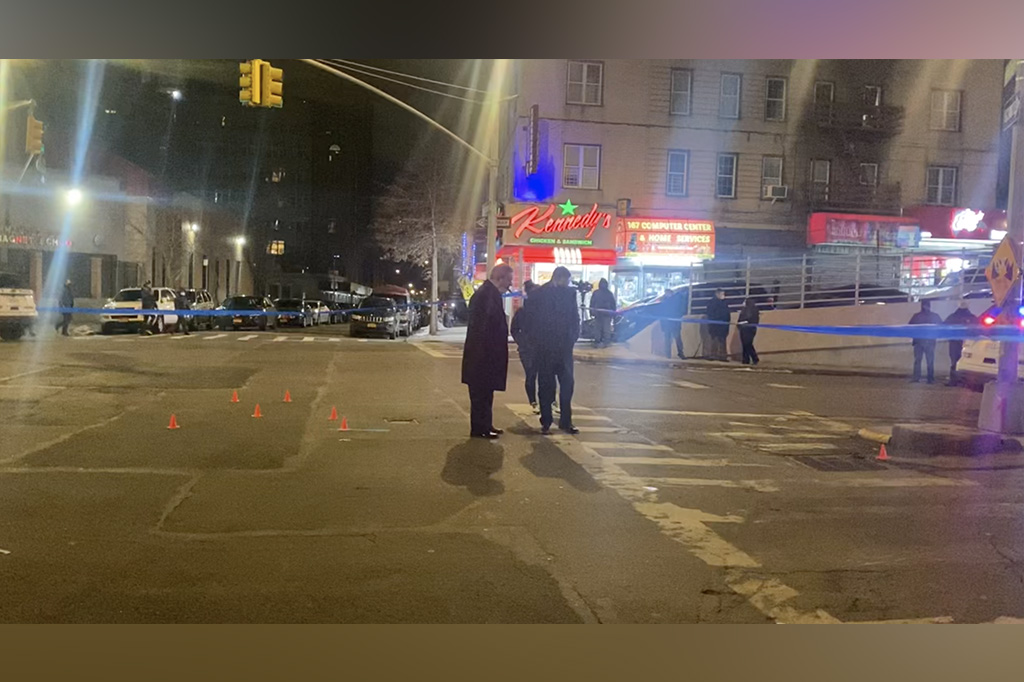 Police opened fire during a Bronx car stop when the driver pulled away, injuring an officer, police and sources said.

Nobody appeared to be struck by gunfire, police said, in the shooting at about 6:30 p.m. near East 167th Street and Walton Avenue.

Sources said six shots were fired and police placed as many evidence markers in the intersection.

The officer was taken to an area hospital with a hand laceration.

The suspect fled in a grey Dodge Charger, sources said.