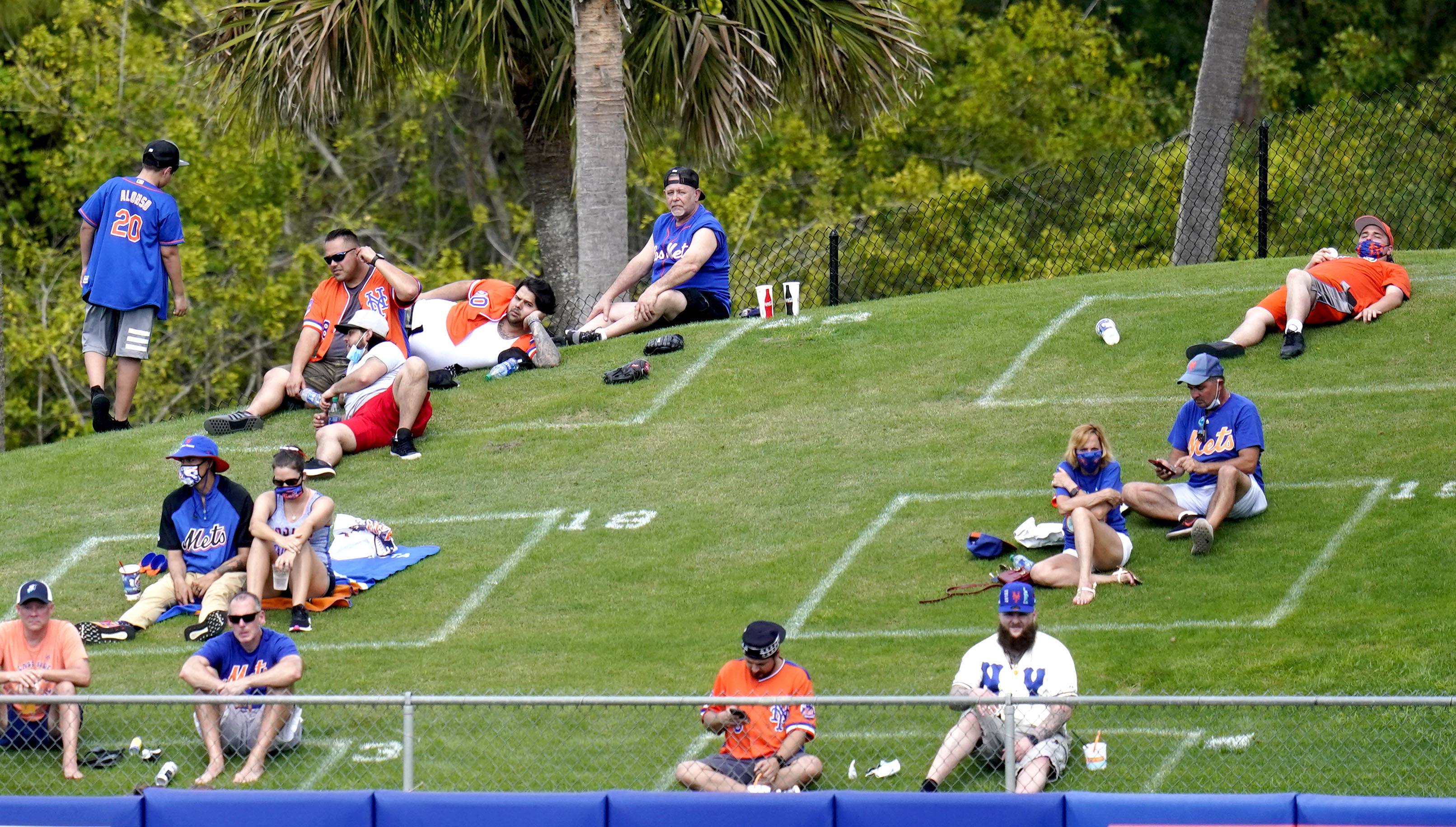 Lefty reliever Jerry Blevins, in camp on a minor league deal, allowed two baserunners in the fifth inning but escaped without allowing a run. Blevins didn’t pitch last season after spending 2019 with the Braves. He pitched for the Mets the four previous seasons.

The Astros, without fans in the stands last season, didn’t catch much heat for their illegal sign-stealing scheme. Between innings Tuesday a fan on the video screen was asked which team the Mets beat in the 1986 NLCS. The fan yelled his answer: “Without the garbage can … the Astros.”

Jerad Eickhoff is scheduled to start against the Cardinals in Jupiter, Fla.