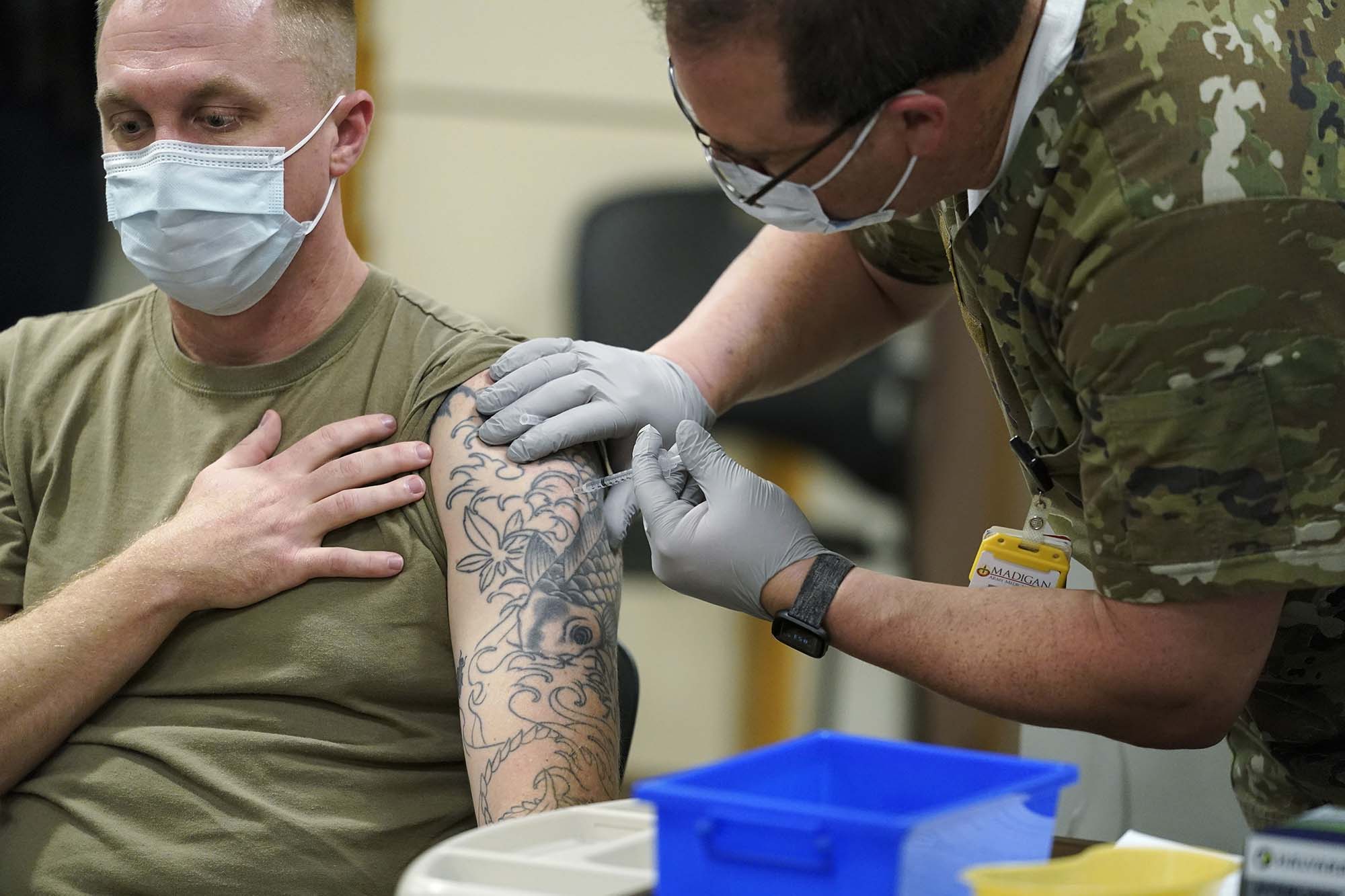 Roughly one-third of US military members have declined to get vaccinated for COVID-19, a Pentagon official said in a report Wednesday.

Air Force Maj. Gen. Jeff Taliaferro, the Joint Staff’s vice director for operations, told a congressional panel that “acceptance rates are somewhere in the two-thirds territory,” according to the Daily Beast.

While the vaccine is “clearly safe for service members,” soldiers need education “to help them understand the benefits” of the shots, he told the House Armed Services Committee.

In total, the Defense Department has fully vaccinated 147,000 service members and 359,000 have received a first dose, Pentagon official Robert Salesses told the outlet.

Those who have declined can still be deployed, Taliaferro said.

“We’ve already demonstrated over the last year that we’re fully capable of operating in a COVID environment,” he said, according to Inside Defense.

Officials said they expect all Department of Defense personnel — which also includes civilians and contractors — will be vaccinated by late July or early August, the site reported.

At least 235,258 people in the department have been infected with COVID-19 in the past year, according to a Military.com tally, with many of the worst outbreaks happening aboard Navy ships — including the USS Theodore Roosevelt, where hundreds of sailors got the bug last year.

An earlier study found that up to 51 percent of Americans would refuse the shots.

A rep for the Pentagon didn’t immediately respond to a request for comment Wednesday.