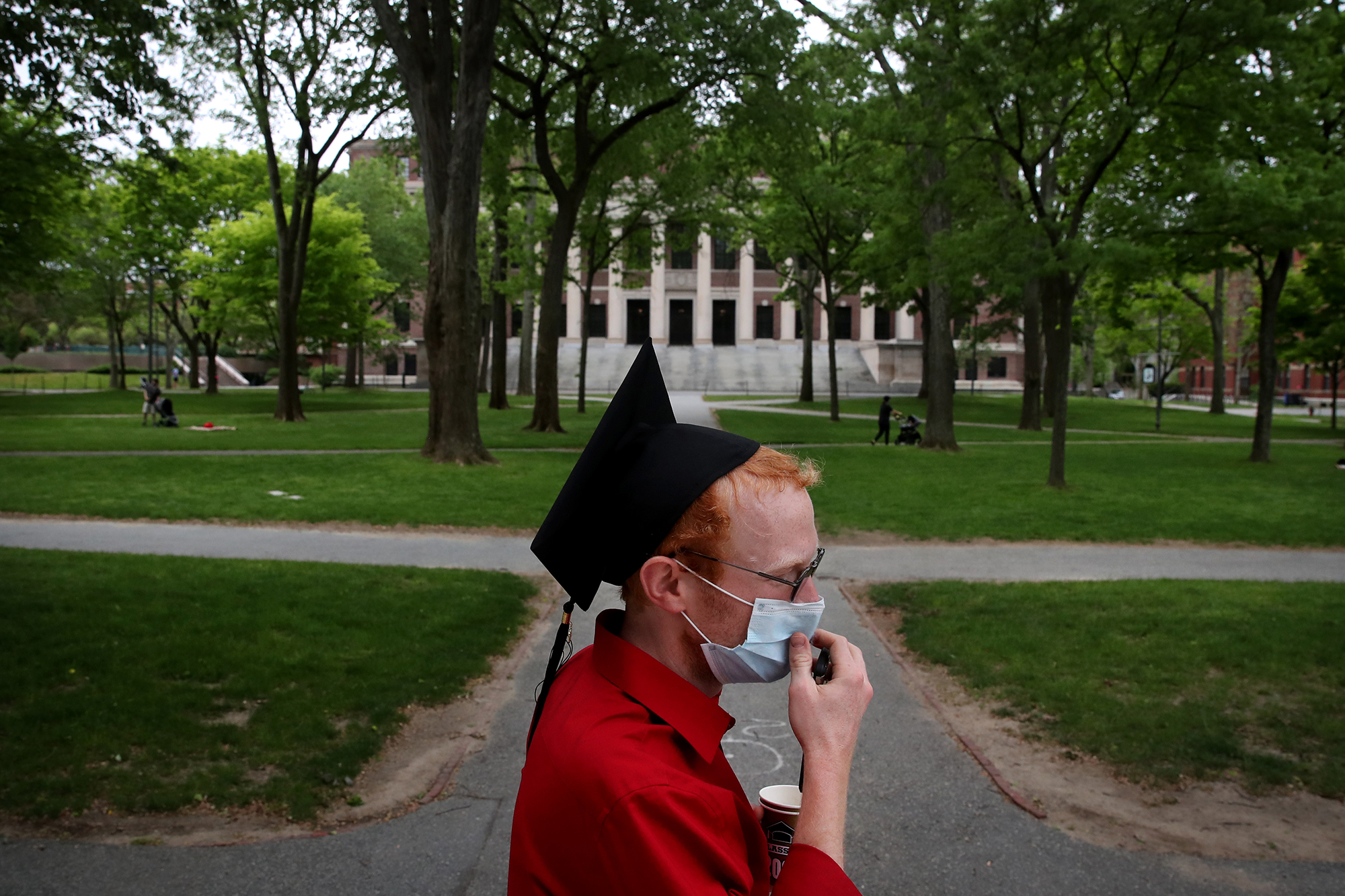 A year ago, most of my college peers and I didn’t mind when we heard we’d be spending two weeks of our senior year in a virtual classroom. Yet when the two weeks proved to be months and longer, our minor gripes about missing out on a real graduation and not getting to say goodbye to friends turned to very real worries of being displaced, unemployed and alone.

Fact is, the pandemic’s toll on the “In-Betweeners,” as I call those of us on the cusp between Gen Z and millennials, has been significant — and largely overlooked. My generation was particularly impacted, lost somewhere in between childhood and adulthood.

We In-Betweeners have been waiting alone in cities far from home, isolated college dorms or childhood bedrooms — waiting for the nightmare to be over so life can begin. Our dreams for the future have been hard to keep alive through this awful year, particularly given the financial and emotional turmoil we’ve faced.

Last spring, 38 percent of college students lost their jobs when they were forced to leave campuses around the country; 52 percent of 18- to 29-year-olds moved back in with family, the highest share since the Great Depression. One in five cited financial reasons for the move.

According to the US Bureau of Labor Statistics, unemployment among those 16 to 24 peaked at a whopping 26.9 percent in April (compared with an overall unemployment rate of 14.8). Even now that unemployment is down to 6.2 percent nationwide, it’s still 9.6 percent among 20- to 24-year-olds.

The reasons are obvious. During recessions, young workers are the first to lose out on job opportunities; the pandemic made it worse.

A quarter of working 16- to 29-year-olds are in the leisure and entertainment industry, which has been hit particularly hard by closures and social-distancing restrictions.

Few places have been looking to hire a freshly graduated intern when their own staffs have been laid off; even jobs at the local movie theater are gone.

So what options are left for those with nothing but a seemingly useless degree and a backpack full of student loans? Ironically, many have decided to pay for even more schooling, in the hope that a higher degree will finally open some doors.

Others are drawing from savings accounts and retirement funds to pay rent while working at whatever minimum-wage jobs they can find.

Meanwhile, obstacles in the first few years after entering the workforce may drag down a worker’s income — and career — for years: The Center for Economic Policy Research found that just one month of unemployment for an 18- to 20-year-old knocks off 2 percent of total life income.

Struggles to find internships and a lack of job recruiters at colleges make it virtually impossible to build a network needed to start a career.

Such financial stresses can lead to emotional ones. More young adults have been dealing with mental-health issues throughout the pandemic than any other age range. In a Centers for Disease Control and Prevention study released last month, 25 percent of 18- to 24-year-olds reported increased substance use, and 63 percent noted anxiety or depression. A quarter said they’ve seriously considered suicide.

Some college students or graduates have had to return to unhealthy family situations. Those without parents capable of supporting them may be living alone without work or college friends. Though many Americans have endured loneliness over the past year, older adults are more likely to have some type of community for emotional support.

No doubt it’s been hardest for those who’ve faced the coronavirus head-on — health-care and other essential workers, those who lost loved ones or have battled the virus themselves. But that doesn’t mean we In-Betweeners haven’t paid a steep toll.

COVID-19 pulled the rug out from millions of young and eager Americans. A bit more war-torn, they’ll have a chance to find some solid ground once this is all over. The road ahead may be harder now — but if they can find the strength to make it through, it could define their generation.