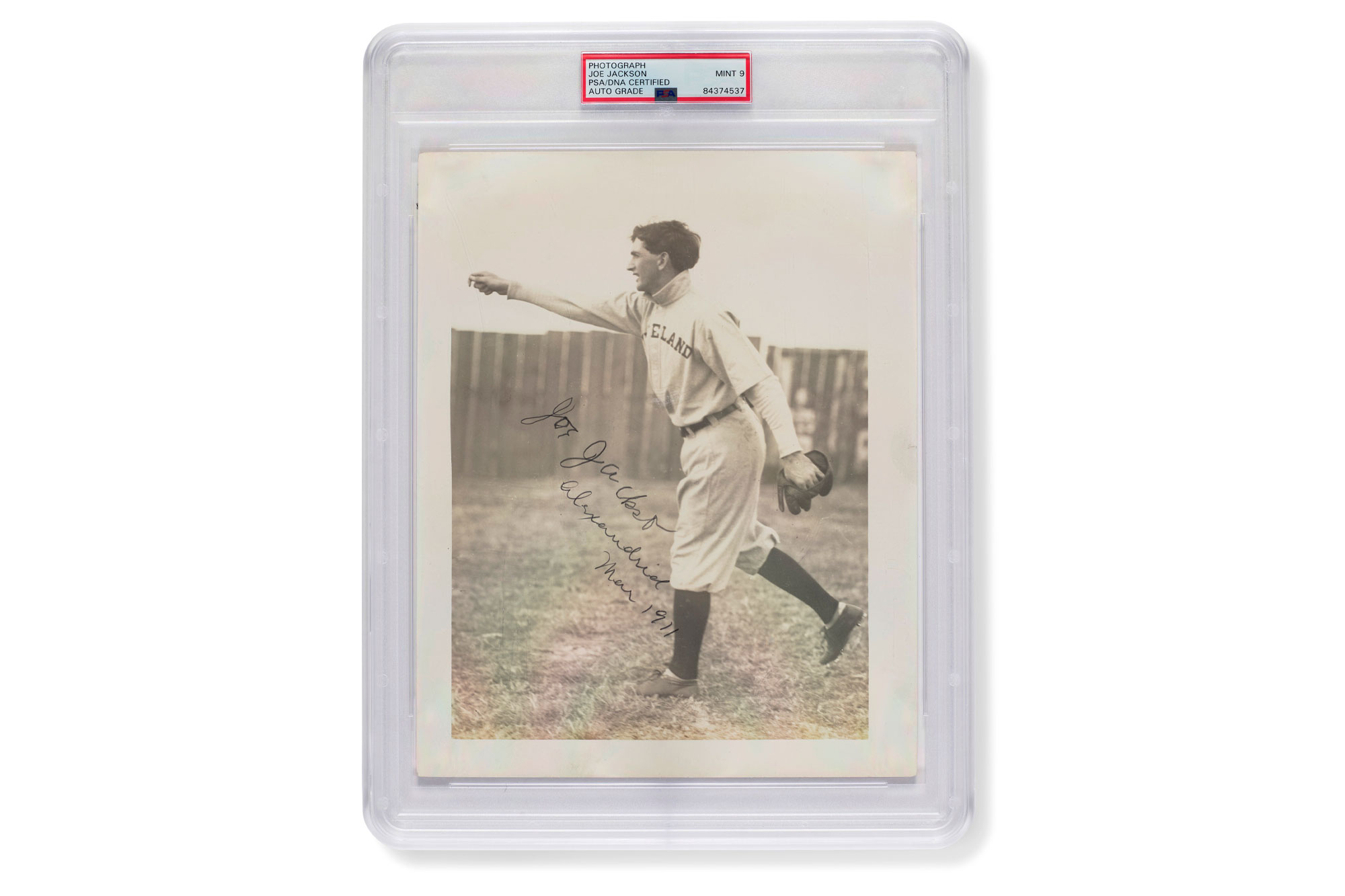 A 1911 autographed picture of “Shoeless” Joe Jackson sold for $1.47 million in Manhattan Thursday, marking the highest amount ever paid for an athlete’s signed photo.

The picture, snapped by Frank W Smith, and inked by the notorious White Sox made history on the Christie’s and Hunt auction block as part of the collection Extra Innings: A Private Collection of Important Baseball Memorabilia.

Jackson was infamously part of the Chicago Black Sox scandal, in which the outfielder allegedly colluded with teammates to throw the 1919 World Series for $5,000 each.

The would-be Hall of Famer was banned from baseball the next year, but his guilt has been questioned in light of his dominating performance in the nine-game series against the Cincinnati Reds.

Jackson had 12 hits, recorded a .375 batting average, did not commit an error and threw out a runner at the plate.