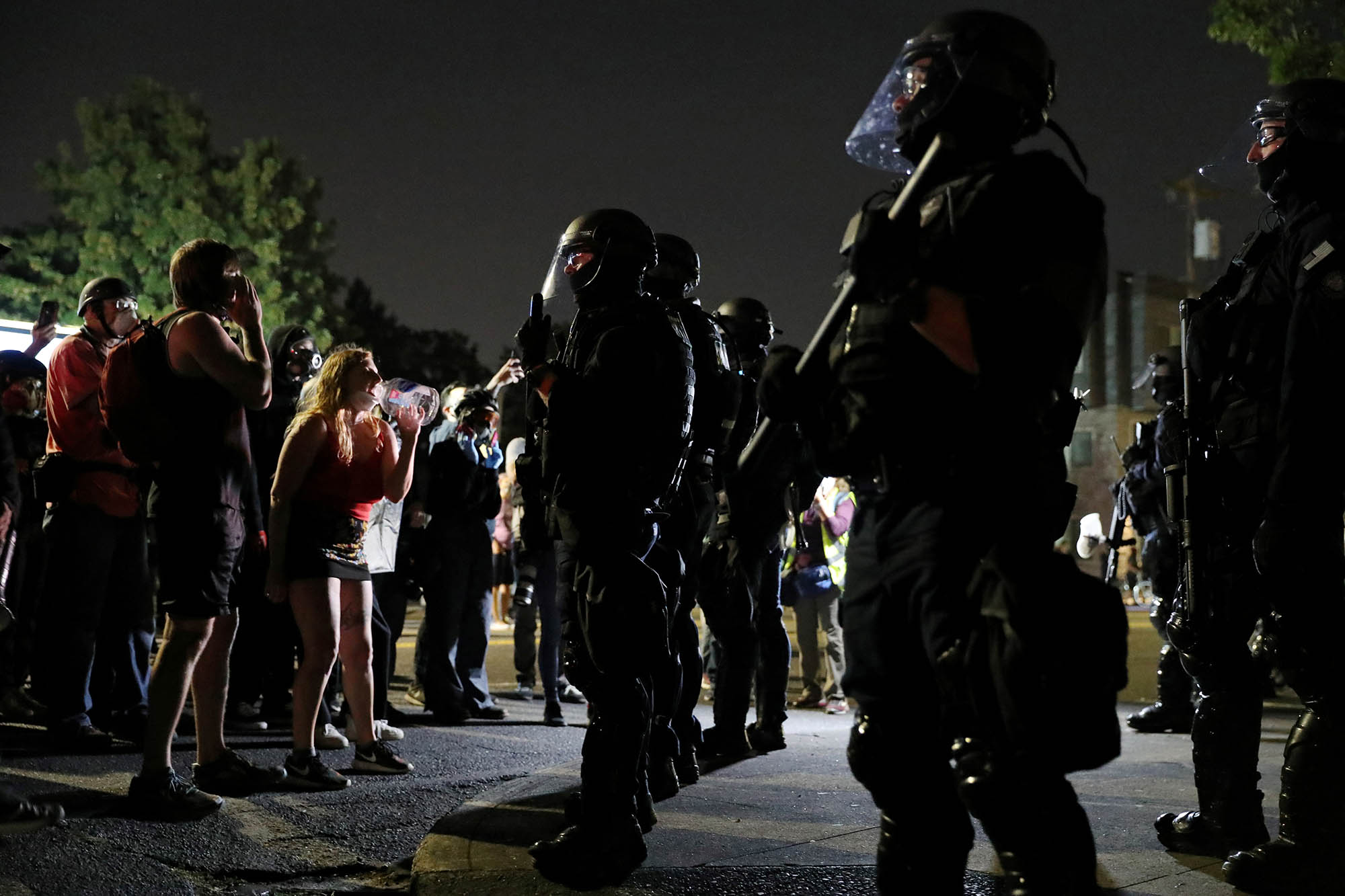 Portland citizens are finally fed up with the lefty goons engaged in a rolling riot across the city for most of the last year. Will the city’s leaders who’ve enabled the violence take note?

Amid a two-hour Saturday-night rampage by 150 “protesters” through the Pearl District, fed-up locals shouted at the crowd to give it a rest and “go home.”

This time, the rioters’ target was the Immigration and Customs Enforcement service; fliers read, “No borders! No nations! Abolish deportation.” But not “no vandalism”: They smashed windows of restaurants, banks and grocery stores, destroyed a security car and left anti-ICE graffiti on buildings along the way.

Police, stretched thin by multiple shooting incidents around the city, made only two arrests. Then again, Portland prosecutors routinely spring these thugs, so what’s the point?

Other cities have calmed since the riots after the death of George Floyd at the hands of Minneapolis police, but Portland has seen endless outbursts. Hundreds of Antifa marked Inauguration Day by vandalizing the city’s ICE building and the local Democratic Party headquarters.

Locals have had enough. One man screamed from his balcony at Saturday’s mob: “Ten years from now, what are you gonna do? Keep doing the same thing?”

Probably — unless the city finally starts treating them as the criminals they are.