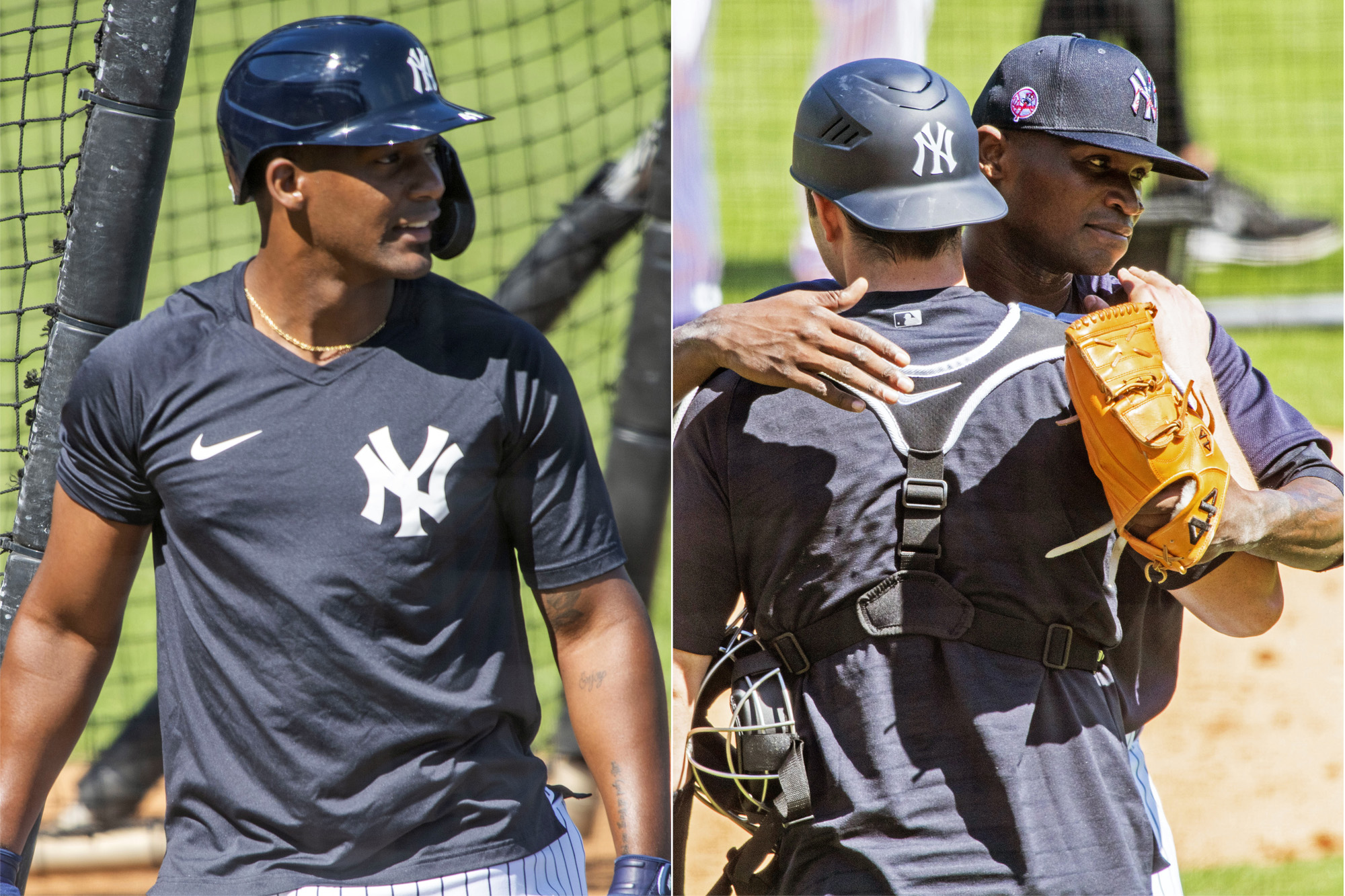 TAMPA — On a beautiful Saturday morning at the Yankees’ player-development complex, Aroldis Chapman threw live batting practice to teammates on Billy Martin Field (Field 1. Get it?) as Zack Britton did the same on Derek Jeter Field (Field 2). Then Chad Green followed Chapman on Field 1.

This represented a worry-free zone in the Yankees’ universe. Barring an injury epidemic, their bullpen appears solid and sturdy. Most other areas carry uncertainties.

Sunday will serve as a terrific return to semi-normalcy, some 3,000 fans cheering on the Yankees at George M. Steinbrenner Field — the first time their non-family supporters can watch them play since last March 12 — as they open their exhibition schedule against the rising Blue Jays. The day also will launch the next, most vital phase of spring training, with these questions longing the most by the time they break camp on March 29:

Who are their nine starting pitchers?

Who are their nine starting pitchers? No, they probably won’t deploy a nine-man rotation. Yet they used nine starters to get through last year’s 60-game schedule, so knowing your first nine for when guys go down, even if only five occupy the major league roster, appears reasonable. Beyond Gerrit Cole, Corey Kluber, Jameson Taillon and Jordan Montgomery, options include Deivi Garcia, Domingo German, Michael King, Nick Nelson and non-roster invitees Jhoulys Chacin and Asher Wojciechowski, with Luis Severino (Tommy John surgery) hoping to return in midseason.

Then there’s rookie Clarke Schmidt, who will open the season on the injured list with a right elbow injury but gets the deal, saying: “I know that I can log a significant number of innings with the club and I can really contribute to this team. I will do that.” Especially given how little Kluber, Taillon and German have pitched recently, the Yankees will need plenty of contributors.

Do Gary Sanchez and Gleyber Torres look closer to their best selves?

Sanchez destroyed a 95-mph Green fastball on Saturday. “He’s in quite a good place right now. He looks good,” said Yankees hitting coach Marcus Thames, who said Sanchez spent the winter fixing his timing. “I’m ready for him to be in a game.”

Torres, called out by Brian Cashman over the winter for reporting out of shape to last year’s second spring training, appears more fit, although the COVID-19 media restrictions keep the players far away from us. If these two guys can look more together on both sides of the ball over the next month, it’ll go a long way toward pinstriped tranquility.

Has Domingo German made progress with his teammates?

In retrospect, the Yankees clearly should’ve been more proactive in integrating German, having been gone from the team since September 2019 due to a domestic-violence offense, back into the fold. Aaron Boone admitted as much after Britton publicly went off on German and before Luke Voit did the same.

German’s clubhouse speeches and Zoom news conference went smoothly. Now can he pitch well while staying low-key on social media and avoiding all other headlines?

Does Jay Bruce belong on the team?

It’s alluring to ponder the damage that Bruce’s lefty power bat could do both at Yankee Stadium and in this right-leaning Yankees lineup. At the outset, however, there doesn’t seem to be a roster spot for the 33-year-old, whose last three years, collectively rough, have him here on a minor league deal. Also keep in mind that, if the Yankees remain determined to stay under the $210 million luxury-tax threshold, Bruce’s $1.35-million salary gives the team that much less maneuverability come the trade deadline — and the same goes for other veteran non-roster invitees like Chacin ($800,000), Wojciechowski ($750,000) and catcher Robinson Chirinos ($1 million). The Yankees currently possess about $5 million of payroll room.

The 2018 American League Rookie of the Year runner-up saw first a serious right shoulder injury and then Gio Urshela cloud his pinstriped future. If a similarly skilled position player gets hurt, though, then he’d jump right back into the mix, probably ahead of Bruce. If not, though, then Andujar seems ticketed for Triple-A Scranton/Wilkes-Barre (scheduled to start April 6) or the alternate site.

Francis Ngannou has time on his side against Stipe Miocic