Pulse oximeters may be inaccurate on people of color 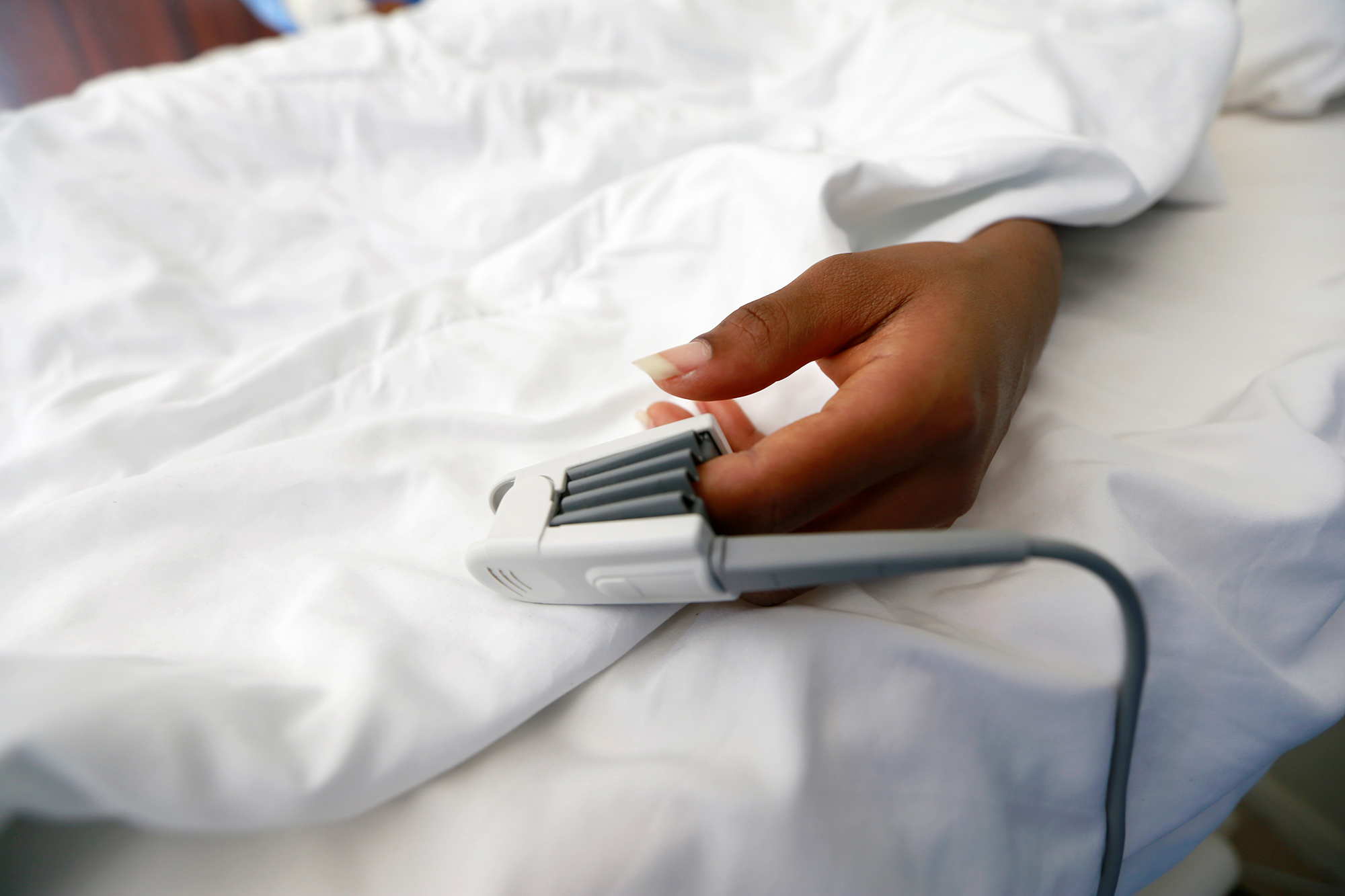 Pulse oximeters – devices used in the battle against COVID-19 by measuring oxygen saturation of the blood – may not work effectively on people of color, health officials said.

Patients with the illness often suffer a drop in oxygen levels, which the small instruments can measure while clamped on their fingers.

But the devices “may be less accurate in people with dark skin pigmentation,” the Food and Drug Administration stated in a recent safety notice on its site.

The agency said it was “informing patients and health care providers that although pulse oximetry is useful for estimating blood oxygen levels, pulse oximeters have limitations and a risk of inaccuracy under certain circumstances that should be considered.”

In addition to skin thickness and temperature, the FDA cited pigmentation as a factor affecting the devices’ accuracy. Tobacco use and fingernail polish also play a role.

Pulse oximeters use infrared light to estimate oxygen saturation and pulse rate — and darker skin may affect the results by absorbing some of the light.

“Melanin is a primary light absorber in the skin, and it’s going to absorb the light. This abounds more in individuals with darker skin,” Dr. Panagis Galiatsatos, an assistant professor in the Division of Pulmonary & Critical Care Medicine at Johns Hopkins, told ABC News.

“These devices were evaluated on a certain population. It doesn’t take into account confounders like darker skin. We’d love to calibrate for darker skin variations — it’s just never been done before,” he added.

Galiatsatos warned patients who use the devices at home to closely monitor their symptoms and seek help if they experience trouble breathing.

The issue also came up about a month ago, when Democratic Sens. Elizabeth Warren of Massachusetts, Corey Booker of New Jersey, and Ron Wyden of Oregon called on the FDA to review the user of oximeters among different racial groups.

“Multiple studies done in 2005, 2007, and most recently, in 2020, suggest that pulse oximeters provide misleading measures of blood oxygen levels to patients of color,” the pols wrote.

“Simply put, pulse oximeters appear likely to provide misleading measures of blood oxygen level to patients of color — indicating that patients are healthier than they actually are and increasing their risk of negative health impacts from diseases like COVID-19,” they wrote.

“Racial disparities in health care stem from a wide variety of factors, and it is particularly disturbing that racism may be embedded in key clinical tools,” the pols added.