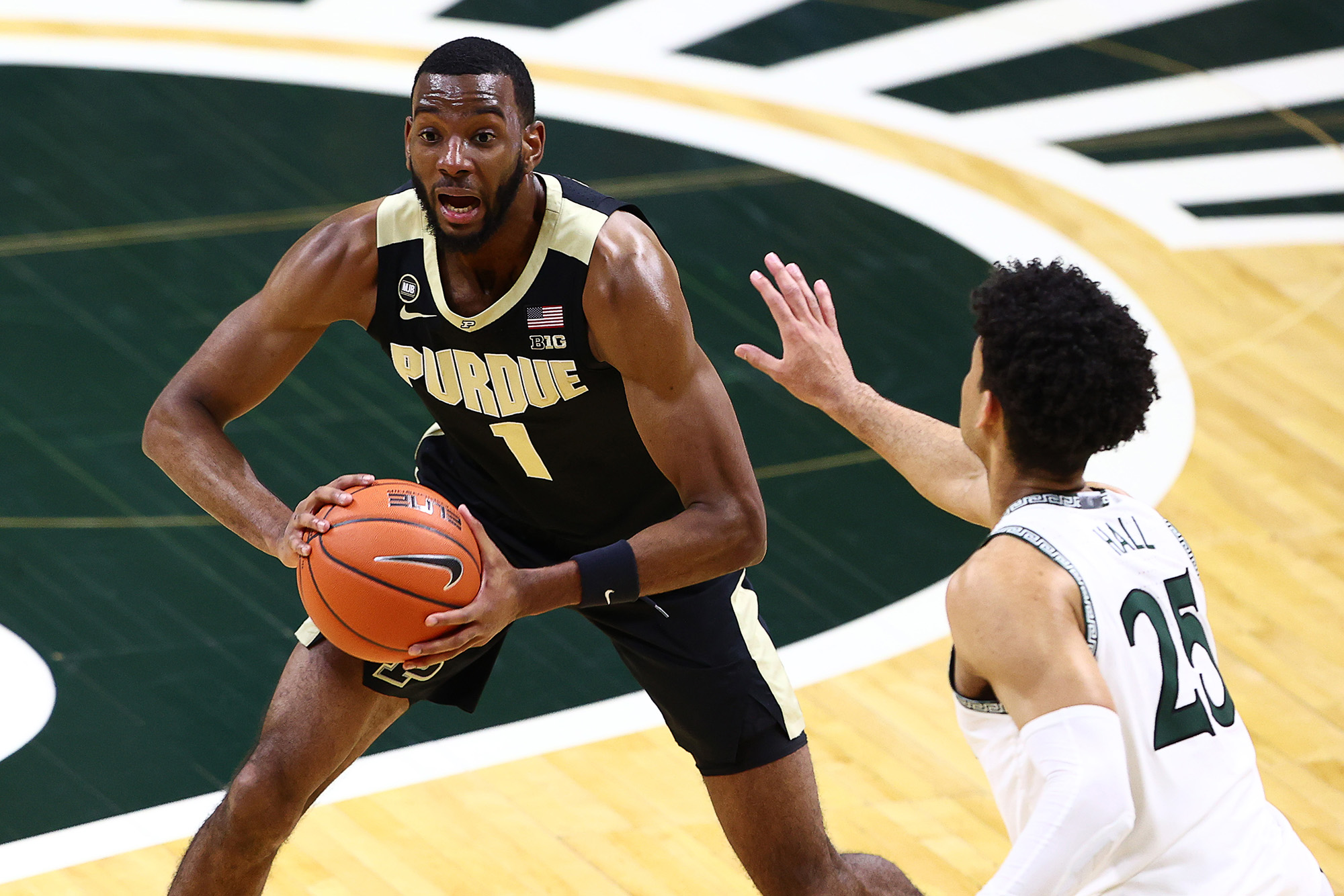 The Purdue defense has been one of the best in the nation this calendar year, allowing 72 points of fewer in all 13 of the games the team has played in 2021 and heading into Tuesday night’s home game against a Wisconsin team that has struggled recently.

The Badgers’ biggest deficiency has been on the boards. They have a negative rebound margin for the season, feature just one player logging more than 4.5 rebounds per game, and have been out-rebounded in five of their past six games.

Purdue ranks 25th in the country in rebound rate, with Aaron Wheeler, Zach Edey and Mason Gillis all averaging more than four rebounds per game to augment Trevion Williams’ team-leading 9.0 rpg. The Boilermakers should control the interior against a Wisconsin team that rates 292nd in the country in 2-point field-goal shooting percentage.

The Badgers are making 39.5 percent of their 3-point shots at home, but on the road that percentage dips to 29.9 percent. And they are scoring 10.2 points per 100 possessions fewer on the road than at home.

Since the start of the 2014-15 season, the Boilermakers have had the best cover rate among power conference teams in home games with a 60-35-4 ATS record. They should continue their dominance on Tuesday against a Badgers team that has just one of its top seven scorers shooting at least 43 percent from the floor.

Inside the glitzy Ritz-Carlton where Ted Cruz stayed in Cancun