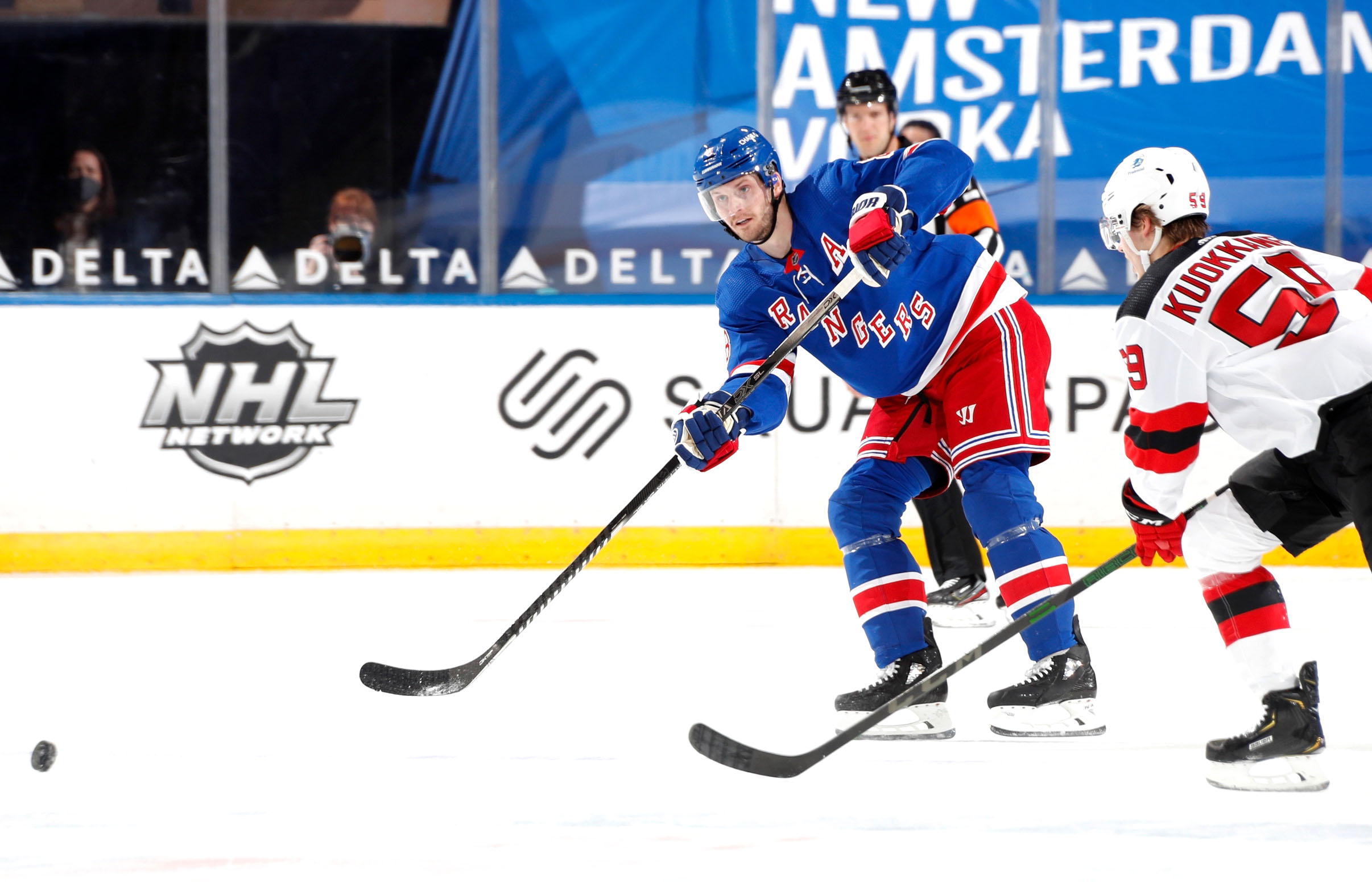 Rangers defenseman Jacob Trouba didn’t return for the third period of the 5-2 loss to the Devils on Tuesday night after sustaining an upper-body injury earlier in the game.

If the 26-year-old has to miss some time, the Rangers defense would be down three skaters yet again, with Jack Johnson (groin) still day-to-day and K’Andre Miller joining him recently with an upper-body injury. Brendan Smith skated in his first game Tuesday since sustaining an upper-body injury at the beginning of the month.

“We won’t know until [Wednesday],” coach David Quinn said of Trouba after the loss.

The Blueshirts are also without their top scorer Artemi Panarin, who missed his second straight game since suffering a lower-body injury in the 3-2 overtime loss to the Bruins on Feb. 10.

Trouba, in his second season with the Rangers, has registered two assists through 13 games this season. He’s primarily skated alongside Miller, but was paired with Smith on Tuesday night in the rookie’s absence.