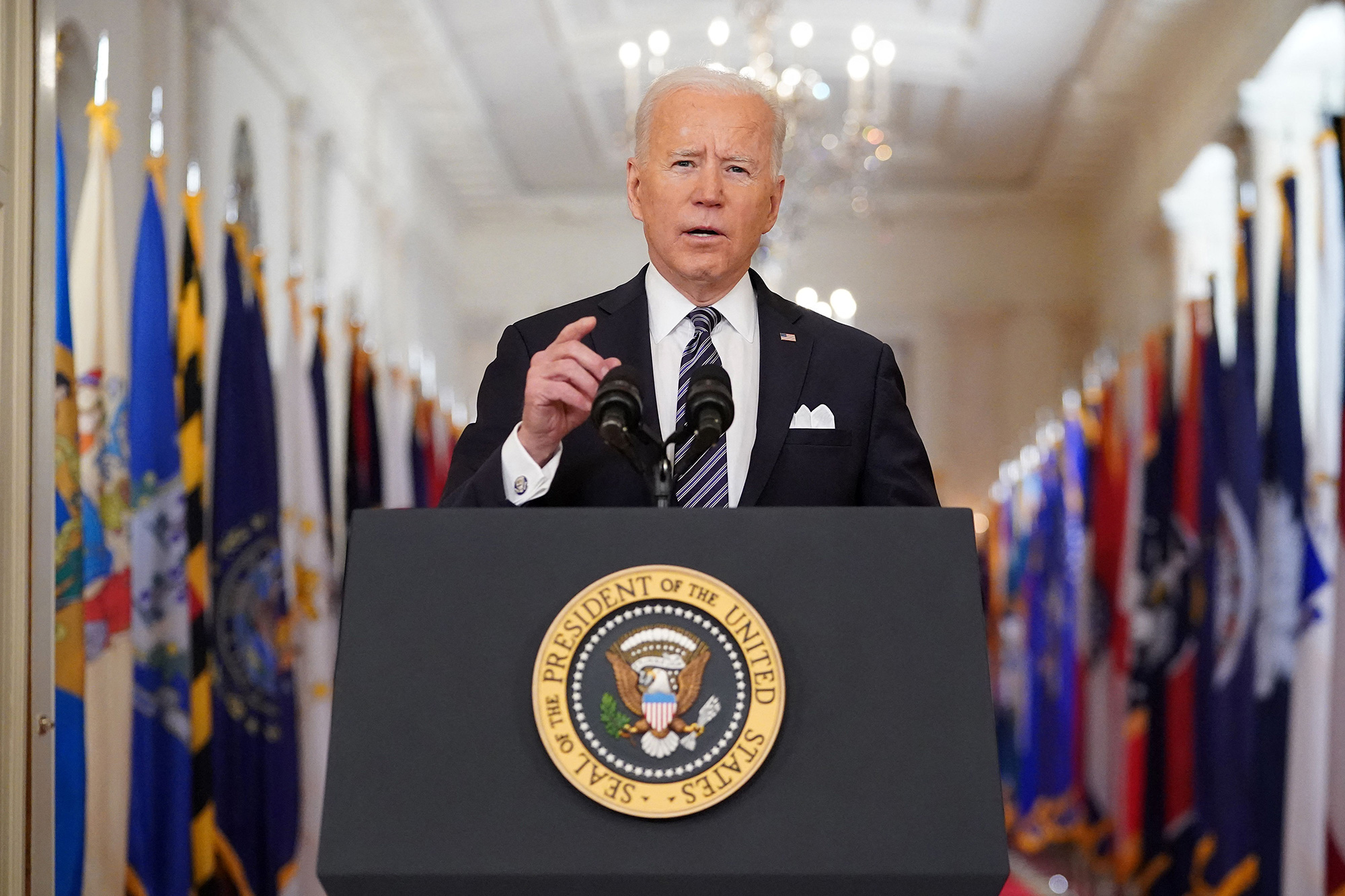 It’s not the most popular sport, but there it was: Television networks giving up afternoon airtime to a softball match.

Stonewalled for 65 days by President Biden, the press decided their first opportunity to question him should be used to let him monologue on his favorite topics.

The AP kicked things off by suggesting Republicans were obstructionists — how is Biden going to get around that? There were a number of questions about the filibuster, with the media basically begging the president to get rid of it. These weren’t inquiries, they were activism.

Another question, paraphrased: “Republicans want to pass new election laws, would you like to tell us how terrible that is?”

Most of the press couldn’t even say Trump’s name. They called him “your predecessor.”

One reporter, Yamiche Alcindor of PBS, asked a question about the border premised on the idea that “you’re a nice guy.”

It’s shocking how low the bar has been set for President Biden. He seemed confused going from questioner to questioner, he rambled to the point where he finally said, exhausted, ” . . . anyway.”

Biden was mostly monotone until weirdly, hitting his old stump speech, he suddenly raised his voice.

And some of his lines. “Makes Jim Crow look like Jim Eagle.” “I have no idea if there will be a Republican Party” in four years. “C’mon man.” What is he talking about?? “I’m focused every day of putting one foot in front of the other.” Dream big, man!

Biden started off with a whopper, saying that the US has performed better than any country in the world when it comes to vaccines, as if Israel doesn’t exist. He bragged about “200 million shots in 100 days, twice my original goal” — not acknowledging that the original goal was already on pace when he took office.

“Nearly half of K-8 students” are back in in-person learning. But that’s because of Republican governors, not federal policy. Biden has put no pressure on teacher’s unions.

The discussion of the border that dominated the press conference was malarkey. Biden took no responsibility, saying it was a perennial problem. Yet President Trump’s “remain in Mexico” policy solved that issue, and Biden threw it out on day 1. Biden’s other answers tried to have it both ways. No, we won’t be deporting poor desperate people. Yes, we’re not letting most people in. Which is it? But it didn’t matter to reporters, who were only interested in people could be processed and let in faster — not anything about border security.

Out of Afghanistan? Punt. Where’s your North Korea redline? Punt. China? Let me tell you a long, long story.

Barely any news was made, and when it was, it was contradictory. Biden said he’s running for re-election, then backtracked, “that’s my expectation.” There were no real changes in policy for the crisis at the border, for encouraging the economy after COVID, for getting kids back into school. He said he was in it to create jobs, but no one asked about his cancellation of the Keystone pipeline, or restrictive regulations.

“The fundamental problem is getting people some peace of mind,” Biden said.

This press conference did nothing to help.