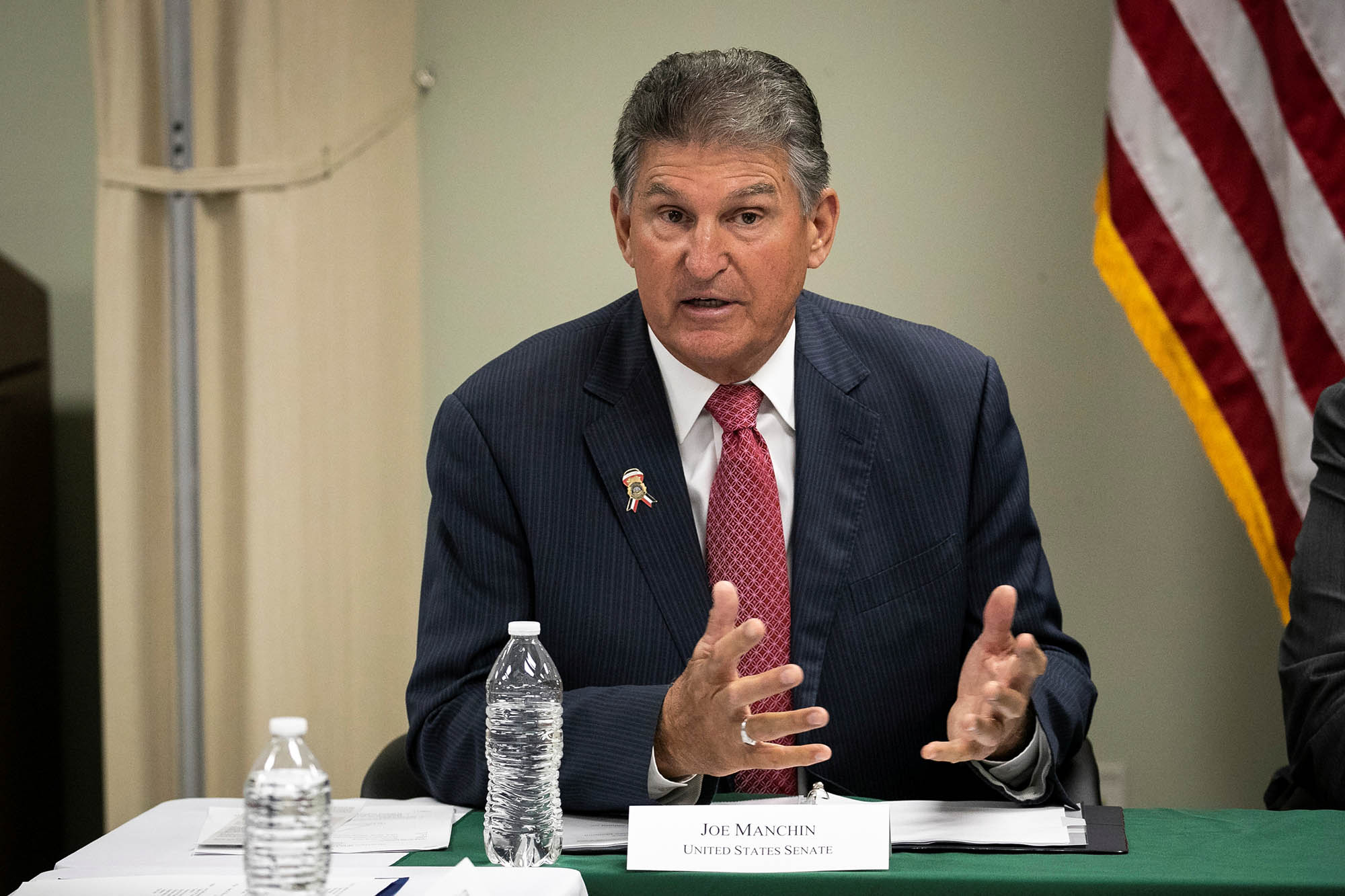 Manchin supports reducing a weekly federal supplement to $300, down from $400 in the House-passed version of the bill. But there are dueling proposals on whether to have the supplement expire in July or September.

The issue derailed Senate plans to begin a “vote-a-rama” on amendments to the bill early Friday afternoon and cast into doubt plans for a weekend vote on the final wording of the package, which is expected to pass with few if any Republican votes.

Sen. Mitt Romney (R-Utah) told reporters on Capitol Hill that Democrats must give concessions to Manchin if they want to keep the unemployment supplement going through September rather than July as Republicans propose.

“The answer is, if they need Joe, then give him what he needs. And then they say at that point, ‘Maybe Speaker Pelosi won’t take up the bill.’ Well, baloney to that,” Romney told reporters.

The massive package can pass the Senate with a bare majority under special budget reconciliation rules, but Democrats can’t afford to lose a single vote in the evenly divided chamber.

The unemployment supplement amount and duration emerged as a late-breaking point of contention. A supplement approved in December — at $300 per week — expires this month.

The office of Sen. Lindsey Graham (R-SC) said he intended to hold an afternoon press conference on “Senate Democrats delaying votes because Senator Joe Manchin (D-West Virginia) is trying to ensure someone receiving unemployment benefits does not earn more than someone who gets up and goes to work.”

Congress approved a $600 weekly supplement in March 2020 as part of the CARES Act to ensure that a surge in unemployed Americans would earn approximately the same amount of money if they were temporarily out of work.

But as the pandemic unfolded, many conservatives said providing too much money would create an incentive not to work because in some states, the total amount of unemployment benefits would exceed pre-pandemic pay.

The Senate version of the bill already has seen major alterations. Biden this week signed off on a steeper phase out of $1,400 stimulus checks, meaning people who earn more than $80,000 per year won’t see a penny, down from a $100,000 cap in the House version. There’s an additional $1,400 check for each dependent child.

The Senate parliamentarian also gutted some provisions that Republicans and some centrist Democrats opposed, including a $15 federal minimum wage and $140 million for a rail project near House Speaker Nancy Pelosi’s California district.

The bill contains $350 billion in state and local aid and $75 billion for vaccination, testing and other pandemic medical supplies.

Republicans largely say the bill is unnecessary and wasteful, highlighting that much of the funds won’t be spent until the pandemic is over. The bill contains $129 billion for K-12 schools, but the Congressional Budget Office estimates that about 95 percent won’t be spent in 2021 because funds approved for schools last year haven’t been spent.