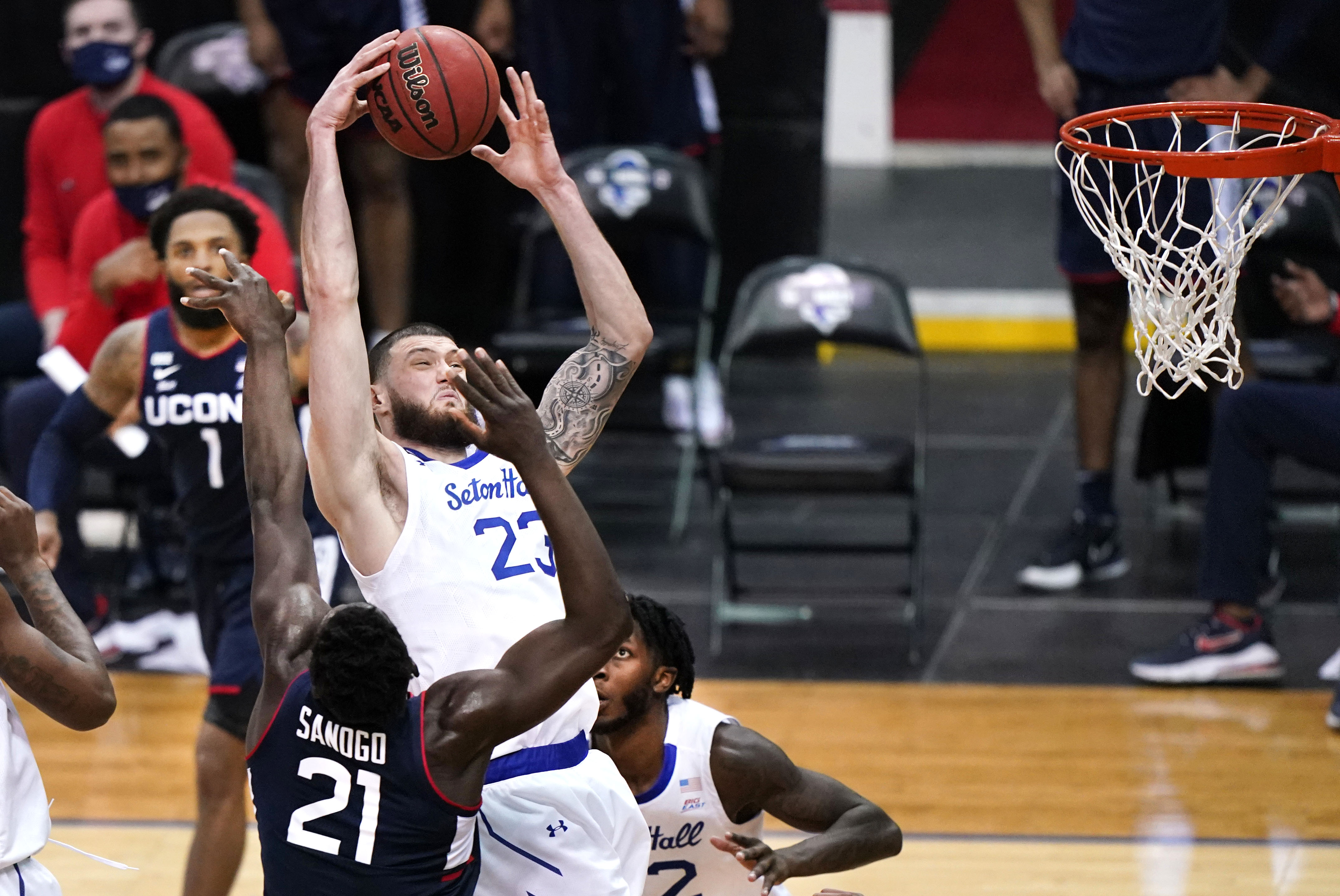 Seton Hall started strong and got Connecticut star James Bouknight in foul trouble. None of that mattered.

Now a team that seemed certain to reach a fifth straight NCAA Tournament will need a big run in next week’s Big East Tournament for that to happen.

The Pirates lost for the third straight time, they were neither cohesive nor efficient offensively, and they were outclassed by UConn and its coach, Seton Hall alum Dan Hurley, in a 69-58 loss at Prudential Center.

The game turned late in the first half when the Huskies (13-6, 10-6 Big East) put together a 14-0 run that continued into the second half and turned a seven-point deficit into a seven-point lead. Soon, the Huskies were up by double digits, as the first crowd at a local college basketball game this year had no impact.

Everything went wrong in the second half. Connecticut freshman Adama Sanogo, who spurned Seton Hall for the Huskies, had his way in the paint with 15 points and nine rebounds. RJ Cole, another New Jersey product, controlled tempo and scored 14points.

Seton Hall star senior Sandro Mamukelashvili was contained by UConn’s deep and physical front line, limited to 20 points on 19 attempts in his final home game. Bryce Aiken made his return after missing the past four games with a knee injury and was a non-factor with four points.

If the Pirates lose to St. John’s on Saturday, there is a chance they would have to play in the out-bracket round of the Big East Tournament on Wednesday for the first time in several years. That would’ve been unheard of a few weeks ago when a third-place finish felt like a lock, before the start of this skid, which has included losses to Georgetown and Butler on the road. Connecticut, meanwhile, has won four of five games and has locked up third place in the Big East in its first year back in the conference.