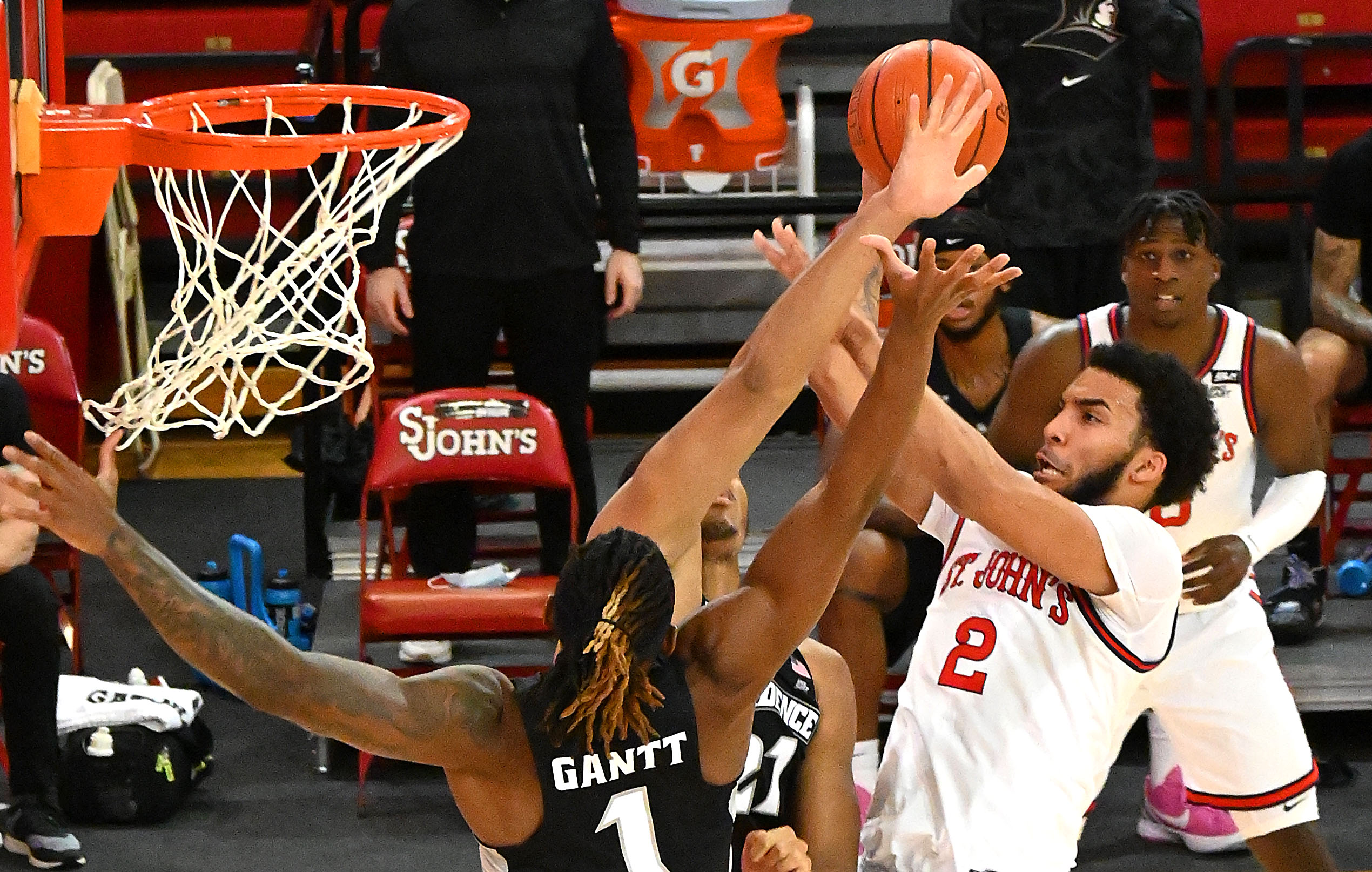 If you’re a St. John’s fan, this is what you had hoped to see. You wanted to see the Red Storm respond. You didn’t want the absence of Big East Freshman of the Year front-runner Posh Alexander due to a right thumb injury to cripple this team.

After a sloppy first half in which they trailed by as many as 11 points, the Red Storm turned up the defensive intensity. They stopped settling for jump shots. They mimicked the effort and focus they displayed during their recent six-game winning streak. And they returned from an eight-day layoff with a deserved 81-67 victory over visiting Providence at Carnesecca Arena.

The win gives St. John’s (15-10, 9-9 Big East) a chance to have a winning record in league play for the first time since 2015. It also means that with a victory over skidding Seton Hall on Saturday, the Red Storm would get a first-round bye in next week’s Big East Tournament and could finish no worse than fifth.

To make up for the loss of Alexander, St. John’s got contributions from almost its entire roster. Greg Williams Jr. looked his best since missing three games with a back injury and finished with 15 points. Leading scorer Julian Champagnie was his typical efficient self, notching 16 points and 10 rebounds. Isaiah Moore continued to be provide a boost of energy off the bench, with 10 points, 11 rebounds and three assists.

Most important was Rasheem Dunn, who missed seven of his first eight shots and had struggled immensely of late. But the fifth-year senior woke up in time. He scored 18 of his team-high 21 points in the second half, including eight during an 11-0 St. John’s run to break a tie late in the second half.

The Johnnies’ defense, so tenacious during the streak and shaky in losing three of the previous four games, was as good in the second half as it had been all year. The Red Storm held Providence to 34 percent shooting form the field and without a made 3-pointer in nine attempts over the final 20 minutes. They also forced eight turnovers and limited Friars standout David Duke to just three points.

Man charged for death threats against Biden, Whitmer and Pelosi

How to watch and live stream Golden Globes 2021 tonight