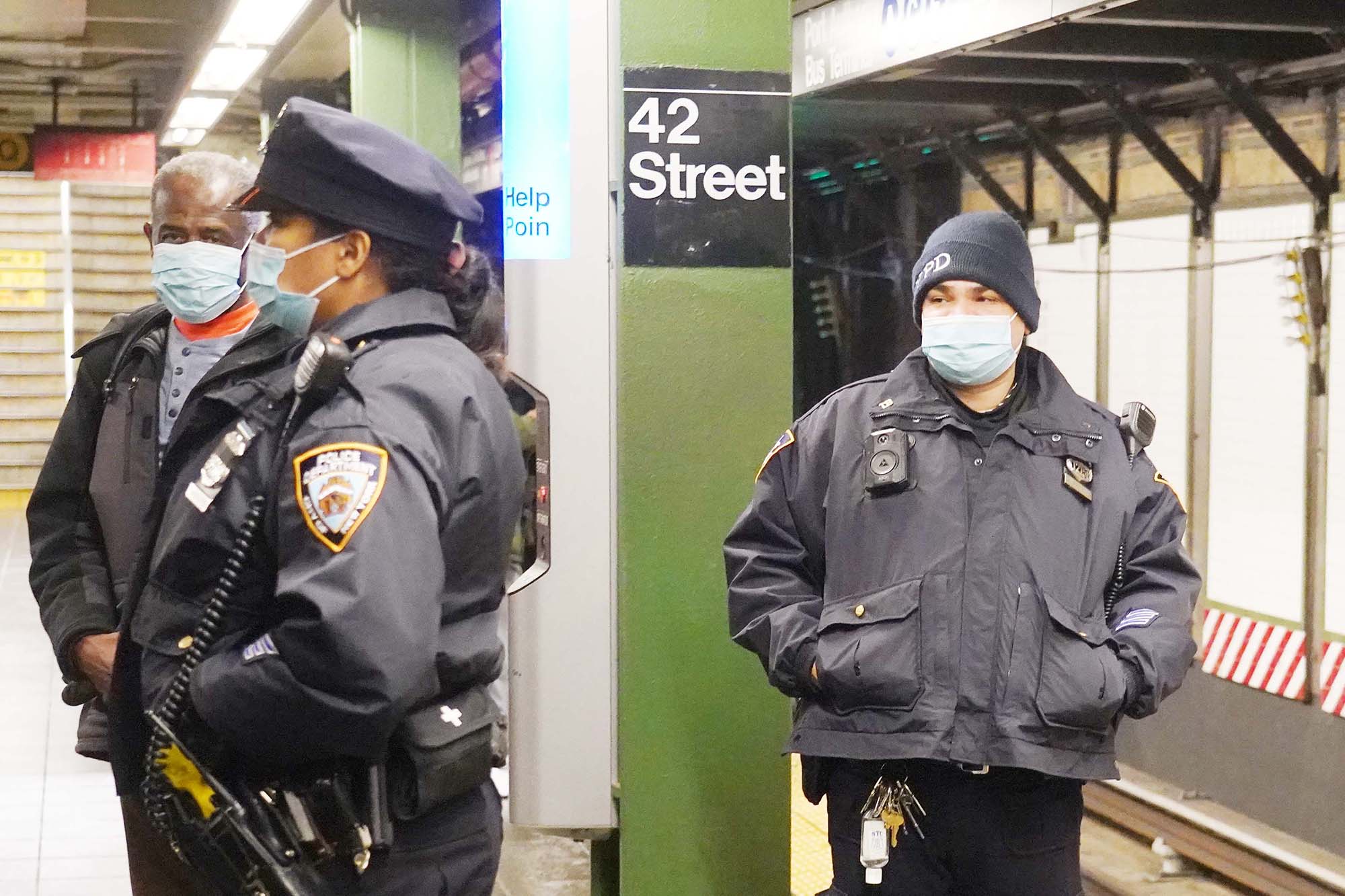 Big Apple straphangers aren’t the only ones getting bruised during the recent uptick in violence in the New York City subway system.

Felony assaults on cops in the subways are also on the rise, with 15 attacks on police officers in January — up from just five over the same month in 2020, NYPD Transit Chief Kathleen O’Reilly said Thursday.

O’Reilly, speaking during an MTA board meeting, said that was a big chunk of the total of 43 felony assaults in the tubes last month.

The release of the stats come amid growing concern over an increase in transit violence in the city, with reports of straphangers punched, shoved, or slashed on the rise in recent weeks.

NYPD Commissioner Dermot Shea said last week that he would beef up the police presence by about 500 more officers following a bloody slashing rampage on the A line that left two dead and two others wounded.

MTA Chairman Pat Foye said that Thrusday that the NYPD has already deployed 644 more cops to the subway system in recent days — but it’s not enough.

Foye reiterated MTA’s call for a total of 1,500 more officers patrolling the subways.

“This is a good first step,” Foye said of the cops deployed so far. “But we’re going to need roughly 900 more polcie officers to provide the kind of coverage and security that our customers and decidated employees deserve.”

“I’ll note that our request will bring us back to the level of NYPD staffing in the subways that existed in 1995, when the New York City Transit Police merged with the NYPD to form today’s NYPD Transit Bureau,” he said.

Transit officials say overall crime is down in the subways — and ridership is down about 70 percent — but with felony assaults and attacks on cops on the rise, a stronger police presence is needed.