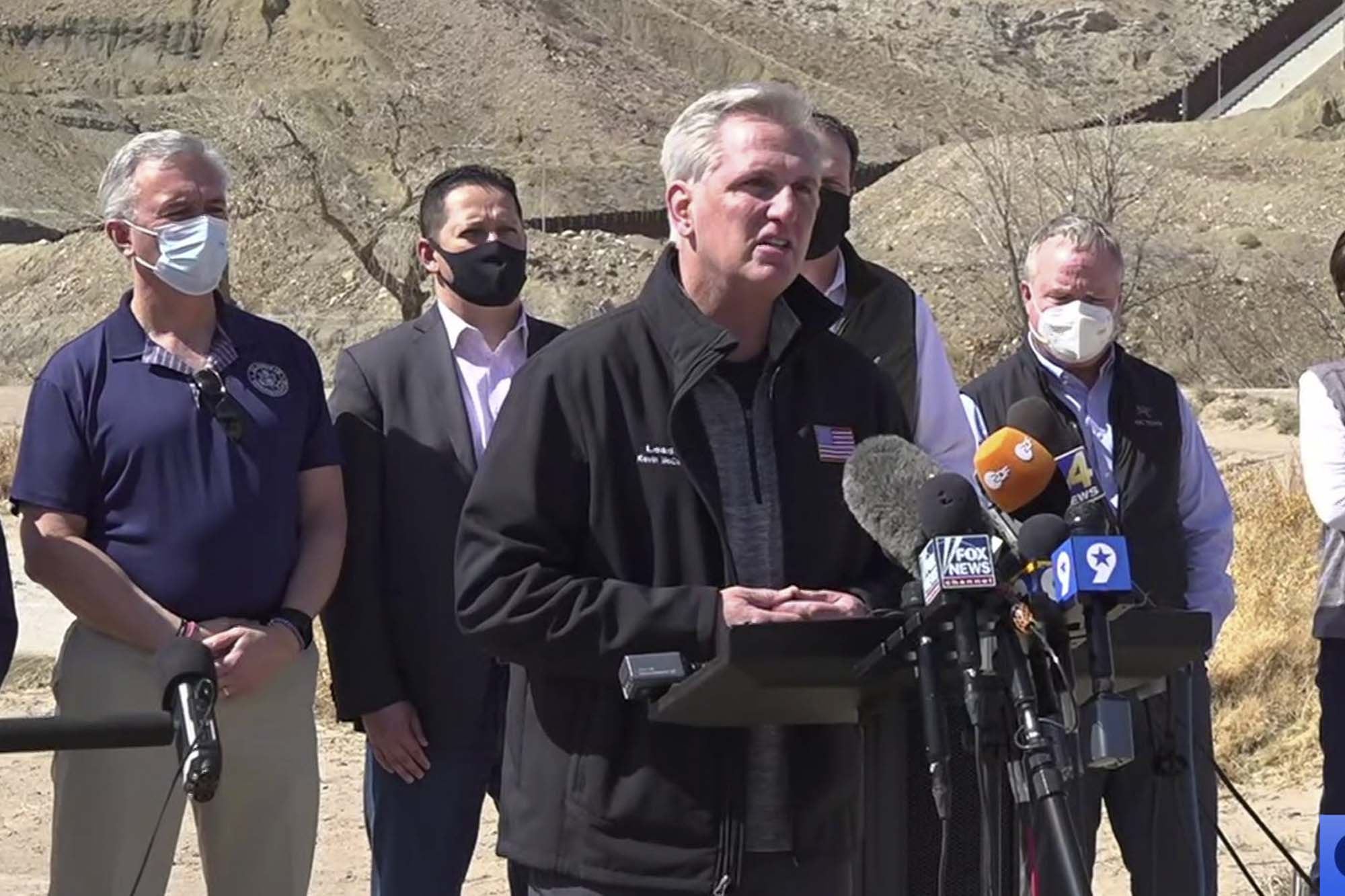 The tens of thousands of people rushing the US-Mexico border in recent weeks include not just Central American migrants, but suspected terrorists, Republican lawmakers said Monday as they toured the crossing amid the escalating crisis.

“Individuals that they have on the watchlist for terrorism are now starting to exploit the southern border,” said Rep. John Katko (R-NY). “We need to wake up.”

Katko made the disturbing revelation as he and other members of a Republican contingent led by House Minority Leader Rep. Kevin McCarthy, of California, addressed reporters in El Paso, Texas.

Citing Customs and Border Protection agents who briefed the lawmakers shortly before the presser, McCarthy said that those hitting the border include not just Central American migrants, but people from Iran, Yemen, Sri Lanka and China, among other nations.

The pols also detailed how drug mules and human traffickers are blending in among the crush of legitimate asylum-seekers crossing the porous border.

Thousands of unaccompanied children, meanwhile, are being forced into cramped detainment centers for days at a time, while the Biden administration scrambles to find shelter for them elsewhere.

“This is a human heartbreak,” said McCarthy. “This crisis is created by the presidential policies of this new administration.”

Since President Biden has taken office and worked to roll back the more stringent immigration policies of his predecessor, President Donald Trump, deportations have plummeted, as have arrests by federal Immigration and Customs Enforcement.

Earlier this month, McCarthy said he sent a letter to Biden requesting a meeting over the border crisis, but didn’t even receive a response.

The federal coordinator for the border, Roberta Jacobson, has acknowledged that mixed messaging by the Biden administration may be contributing to the surge, and White House press secretary Jen Psaki has admitted that the administration could be doing more to prevent the influx of migrants.

But both have refused to characterize the spiraling situation as a crisis.

Bus drives off bridge into canal in central India; 40 dead