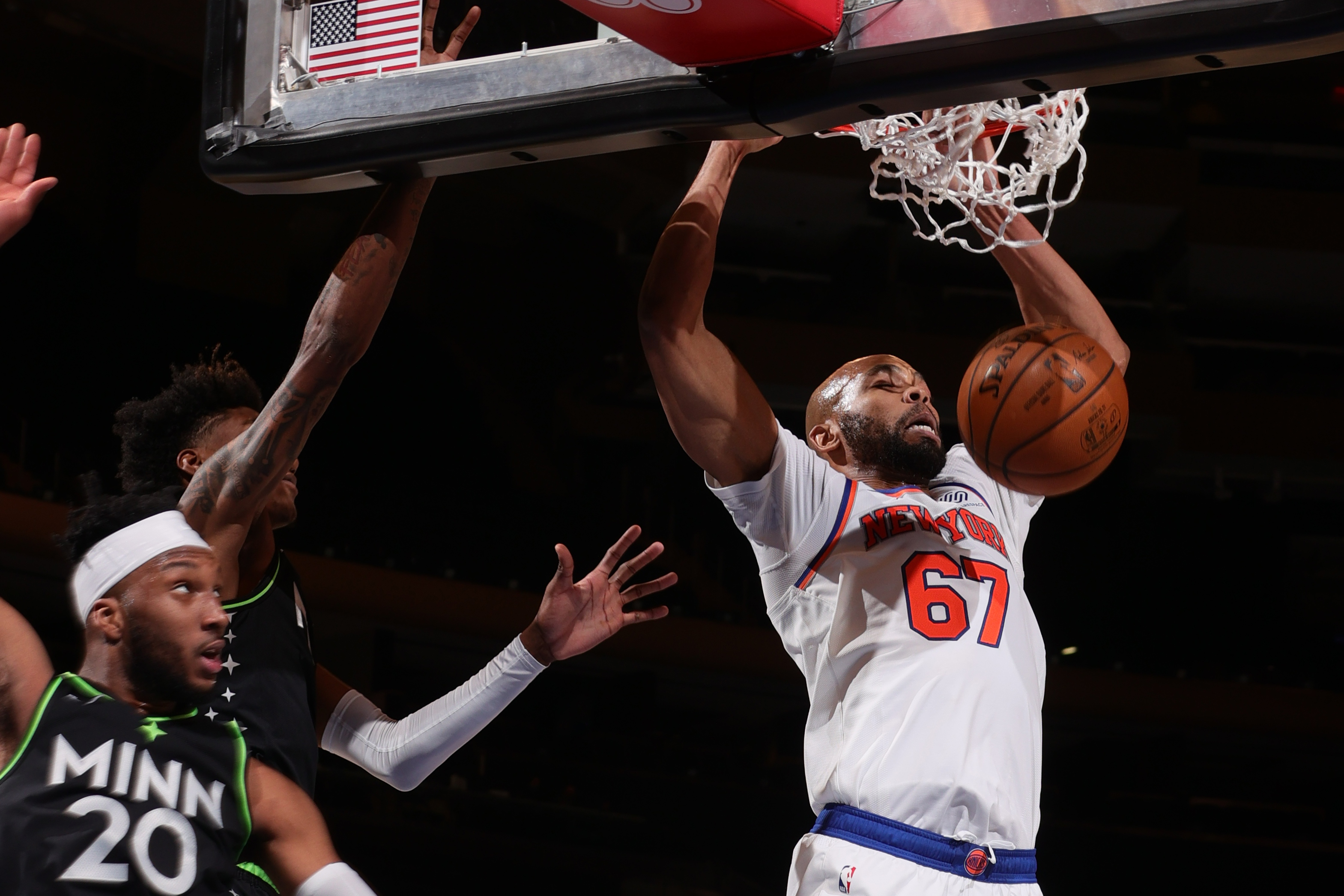 Taj Gibson has played sparingly since re-signing with the Knicks in January, but the veteran big man provided the Knicks a defensive lift Sunday night at the Garden.

With starting center Mitchell Robinson sidelined following hand surgery and replacement Nerlens Noel fouled out, Gibson was matched against All-Star big man Karl-Anthony Towns and came up with a key stop in the closing seconds of the Knicks’ 103-99 win over Minnesota.

“Mentally, to be ready, for my teammates, just trying to inspire, trying to do what I have to do,” said Gibson, who was a teammate of Towns’ with the T’Wolves from 2017-19. “Just not letting KAT get middle. I’ve been around him a good amount of time to know that he wants to get into the middle of the lane and trying to shoot a running hook or a floater hook.

“It was a fight. I knew it was coming to him. I got lucky tonight. Just tried to use my body and just fight.”

Former lottery pick Frank Ntilikina has appeared in just four games this season — and none since injuring his right knee on Dec. 29. He also spent a week isolated in his hotel room in Miami earlier this month for COVID-19 contact tracing, despite continually testing negative for the virus.

“It was definitely not the best, but it was probably for everybody’s health,” Ntilikina said. “I did my best to just do some exercises in the room. I couldn’t do much. Tried to stay locked [in], stay focused on the season and on every goal.”

The Knicks had planned on sending little-used guard Dennis Smith Jr. to the G-League for game action before he was traded to Detroit for Derrick Rose, but Tom Thibodeau said “not yet” when asked if such an assignment is being considered for Ntilikina.

Austin Rivers only had totaled five minutes in the previous five games, but he was unavailable Sunday due to an illness.

Biden to honor 500K US COVID-19 deaths with ceremony

Hilaria Baldwin needs to own up to ‘surrogacy’ baby drama