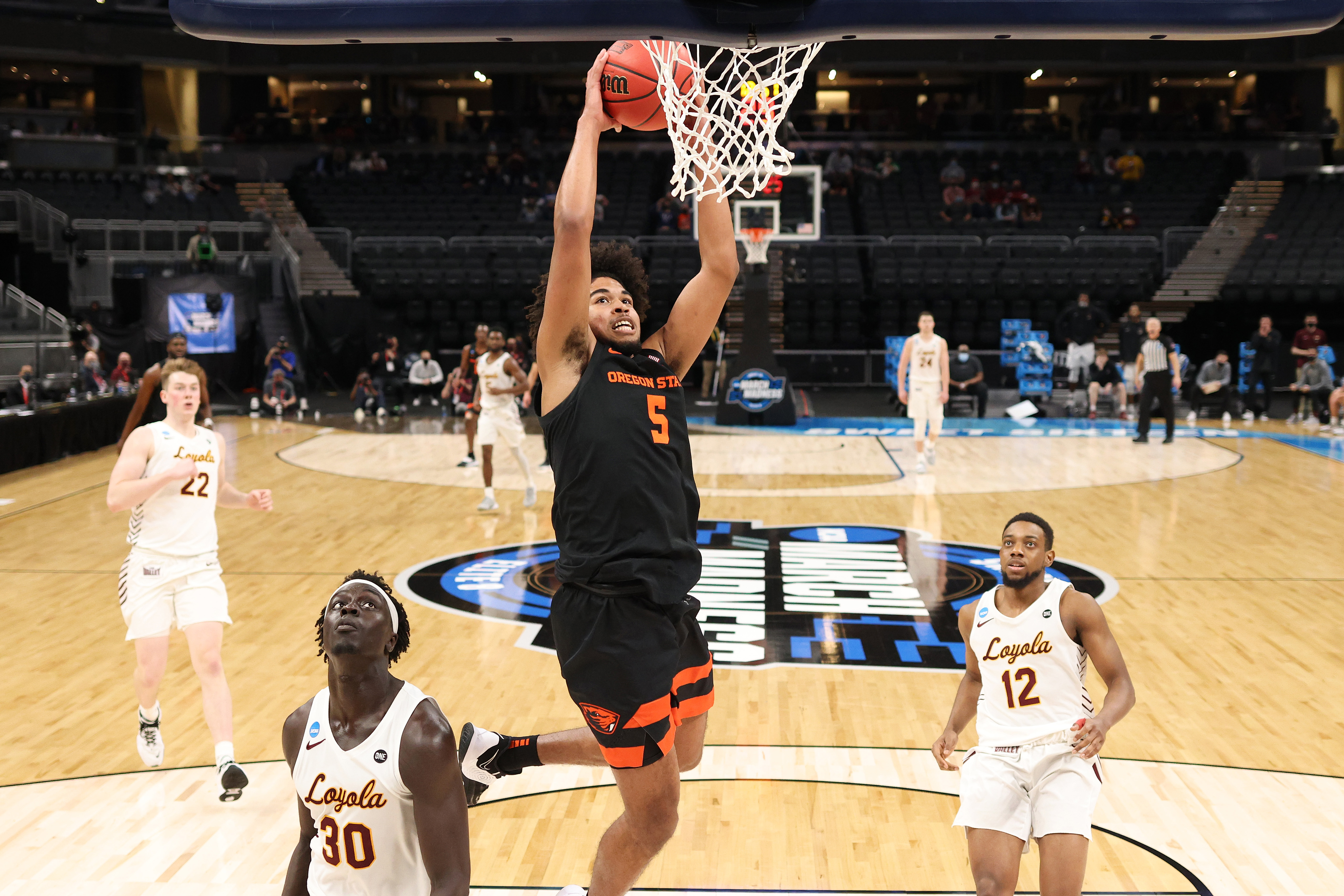 Oregon State (+8) over Houston: Advanced metrics may love the Cougars, but their path to their first Elite Eight since Phi Slama Jama could have been navigated by countless less fortunate programs. If Houston reaches the Final Four, it would be the first team to ever do so by only beating double-digit seeds. Before the dance, the Cougars hadn’t beaten a tournament-bound team since November. The 12th-seeded Beavers may have 12 losses, but their recent résumé can compete with nearly any team left in the field. Each of their past six wins are more impressive than just about any the Cougars have notched this season. They’ve taken down top-tier offenses (Oregon, UCLA), elite defenses (Loyola Chicago, Tennessee), the incredibly balanced (Colorado) and the projected No. 1-overall NBA draft pick (Oklahoma State). Oregon State has won its first NCAA Tournament games in nearly four decades with brilliant outside shooting, relentless defense and a never-ending stream of clutch free throws needed this time of year. Most importantly — for these purposes — Oregon State has been an underdog of at least five points in each of its past six wins. Points will be valuable in another low-scoring grind, and the Beavers won’t go down quietly after one of the most incredible Elite Eight runs in tournament history.

Baylor (-7) over Arkansas: Twice, the Hogs could have been beaten at the buzzer in this tournament. Three times, they trailed an opponent by double-digits, only to advance to the next round. Their inconsistency finally faces consequences against the second-best team in the nation. Baylor has yet to play to its potential in the tournament and has still collected three double-digit wins. With leading scorer Jared Butler slumping and the best 3-point shooting team in the country hitting just 31.8 percent from outside — 10 percentage points below its season average — the Bears have moved within one win of their first Final Four since 1950 by rediscovering their passion on defense and forcing more than 18 turnovers per game since last week. Arkansas was able to sneak by Oral Roberts by bullying the mid-major inside and snatching every available offensive rebound. The Hogs can’t count on size and athleticism to bail out their struggling offense this time. They also can’t count on Baylor going 3-for-19 from deep for a second straight game.

‘I love her so much’