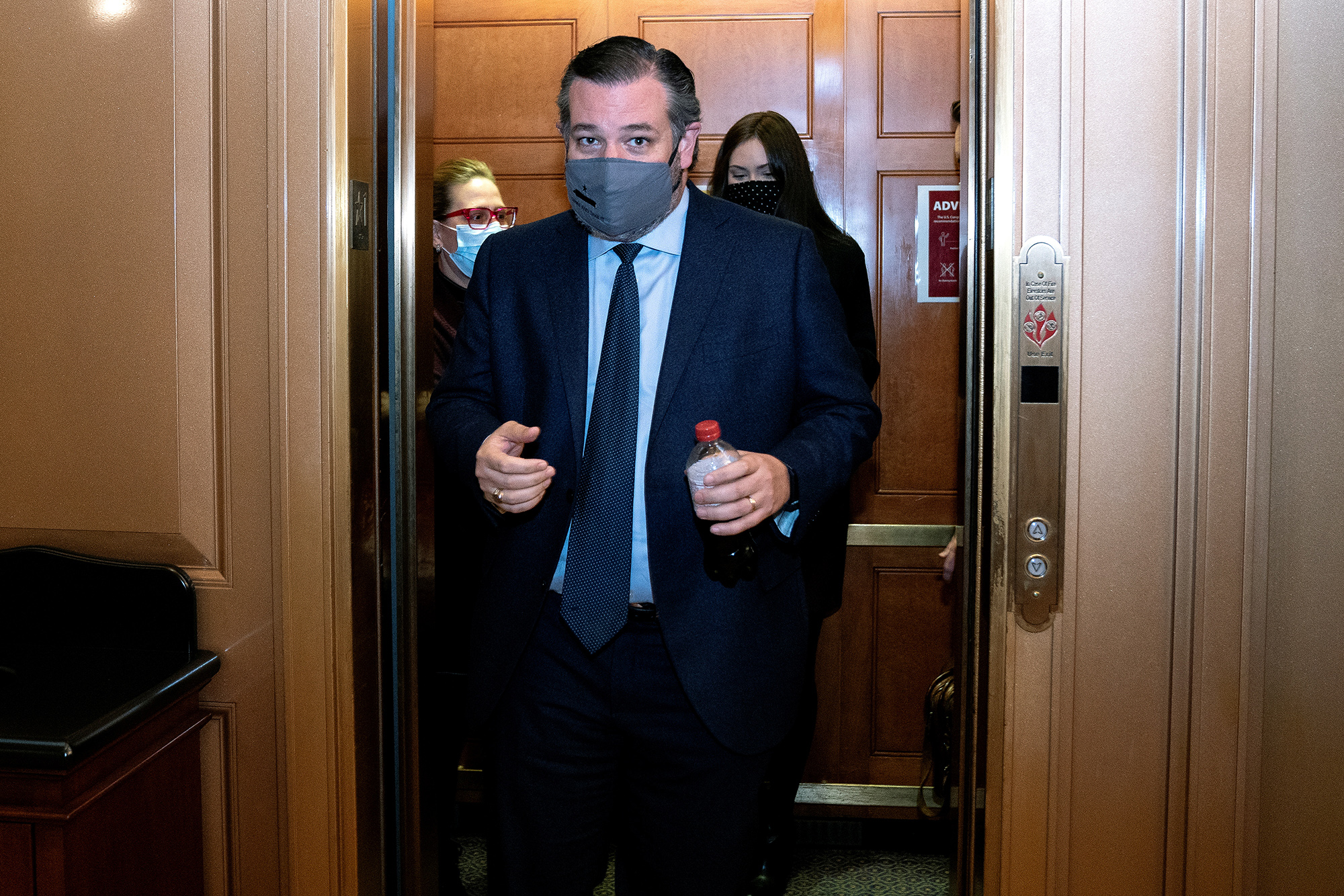 In a letter sent Wednesday evening, lawmakers asked Durbin (D-Il.) to immediately schedule hearings into the conduct of the Cuomo administration, which is being rocked by allegations it deliberately withheld the number of COVID-19 deaths in nursing homes from federal prosecutions.

“The American people deserve to know the extent to which Governor Cuomo and his senior staff violated the civil rights of New York seniors, lied to the Department of Justice about their actions, and violated federal civil and criminal laws in the process,” the lawmakers wrote.

“That so many people needlessly lost their lives because of the failed policies of Governor Cuomo’s administration — an administration that many have lauded over the past year — is tragic and deserves a full investigation and accounting.”

In their letter, the senators also said they expected Merrick Garland, President Biden’s attorney general nominee, to commit to investigating the scandal.

“When Judge Garland testifies before this Committee, we expect him to commit the Department of Justice to fully investigating this cover-up to determine whether any criminal laws were violated and to prosecute any violations,” they wrote.

The pols said an investigation behind closed doors by the Department of Justice would be too slow and allow those responsible to avoid public accountability.

Cuomo spokesman Rich Azzopardi said of the Cruz request, “Every death in this pandemic is a tragedy and shame on the Treason Caucus for exploiting them to distract from fermenting the Capitol insurrection that resulted in the death of a police officer.”

Last week, The Post revealed that Cuomo’s top aide Melissa DeRosa admitted to a group of state lawmakers that they withheld the state’s COVID-19 nursing home death toll out of fear that the true numbers would “be used against us” by federal prosecutors.

The reporting followed a bombshell report from NY Attorney General Letitia James who found COVID-19 deaths in Empire State nursing homes were 50 percent higher than Cuomo — who wrote a poorly-timed book about his leadership during the crisis — claimed.

The fallout continued on Wednesday when Assemblyman Ron Kim (D-Queens) said he receiving a menacing call from Cuomo last week who threatened that he’d be “destroyed” if he didn’t help contain the crisis.

Kim, who said he was “in the middle of bathing my kids,” said Cuomo asked him to draft a statement to say that DeRosa in fact told state lawmakers that they would comply with federal prosecutors.

During the conversation, Kim said, Cuomo warned him, “You have not seen my wrath. I have been biting my tongue for months.”

“I can tell the whole world what a bad person you are and you will be finished,” Kim recalled Cuomo saying. “You will be destroyed.”

Wednesday’s letter is not the first time Cruz has raised concerns about Cuomo’s handling of the pandemic.

Last month, he introduced an amendment to the budget package that called for a DOJ probe to determine if officials like Cuomo could be criminally or civilly liable for ordering COVID-19 patients to be placed in nursing homes.

An unapologetic Cuomo used a press conference Wednesday to attack both The Post and Assemblyman Kim for exposing the scandal engulfing his administration.

After lauding his leadership for months, Democrats’ patience appears to have run out.

Nine New York State Assembly Democratic members on Tuesday accused Cuomo of federal obstruction of justice in a letter seeking support to strip him of his COVID-19 emergency powers.

During an Oval Office meeting with Cuomo on Friday in the wake of the explosive reporting, Biden chose not to address the scandal because it “was not a focus of their conversation or a topic,” spokeswoman Jen Psaki said.

Durbin did not immediately respond to request for comment Wednesday.

Cloris Leachman’s cause of death was a stroke