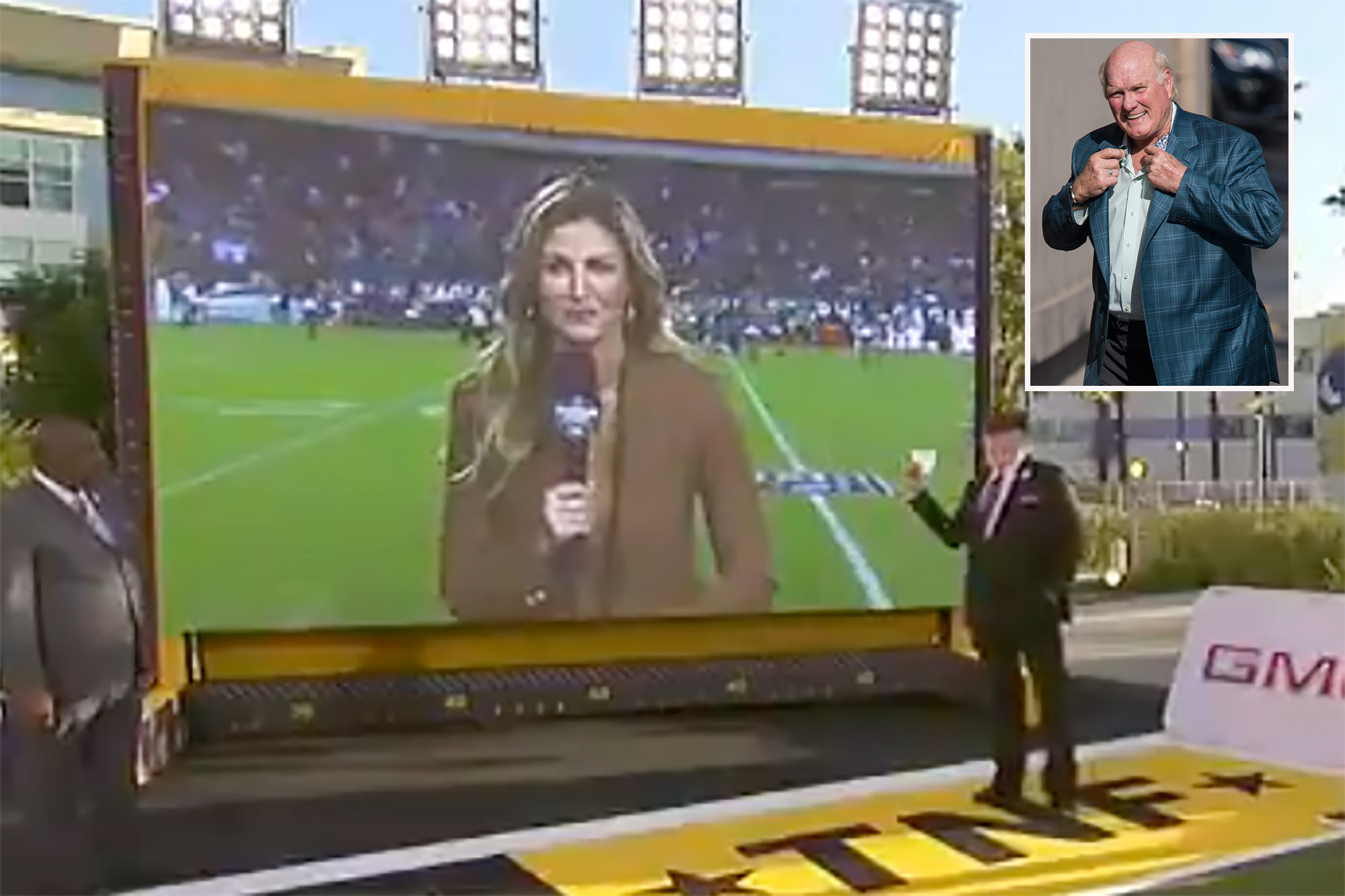 Fox broadcaster Terry Bradshaw has received criticism for his comments on the “Thursday Night Football pregame show about Erin Andrews and her country-themed clothing during an interview with Tampa Bay Buccaneers linebacker Devin White.

Andrews’ interview aired during the network’s pregame show before Tampa Bay’s game against the Philadelphia Eagles on Thursday night, with White and Andrews conducting the segment in a horse stable to discuss White’s love of horses.

After the interview, Andrews appeared on a screen behind Fox’s pregame crew as the sideline reporter and asked, “I do want to know how old were you when you first got on top of a horse, first rode one?”

Curt Menefee repeated the question, and Bradshaw replied that he was 3 years old before continuing into the comments that sparked the backlash.

“You got your cowboy boots on and your shirt,” Bradshaw said. “You’re lookin’ good. That was nice. I enjoyed that interview.”

Bradshaw — a 73-year-old Hall of Fame Steelers quarterback and decades-long analyst — made the comment toward Andrews three days after Las Vegas Raiders head coach Jon Gruden resigned from his position following leaks of emails that contained homophobic and misogynistic language. Included in the exchanges were topless photos of the Washington Football Team’s cheerleaders shared between Gruden, former WFT executive Bruce Allen and others, which was the subject of an investigation by The Washington Post in 2020.

“Everybody’s a fan,” he said during the December 2020 broadcast. “In particular, the ladies that I met. They have really specific questions about the game, and I’m like, ‘Wow.’ You’re just blown away by how strong the fans are here in this town.”

Collinsworth apologized afterward, saying that the way he phrased his statement “insulted many.” As of Friday morning, neither Andrews nor Bradshaw had publicly commented on their Thursday Night Football exchange.