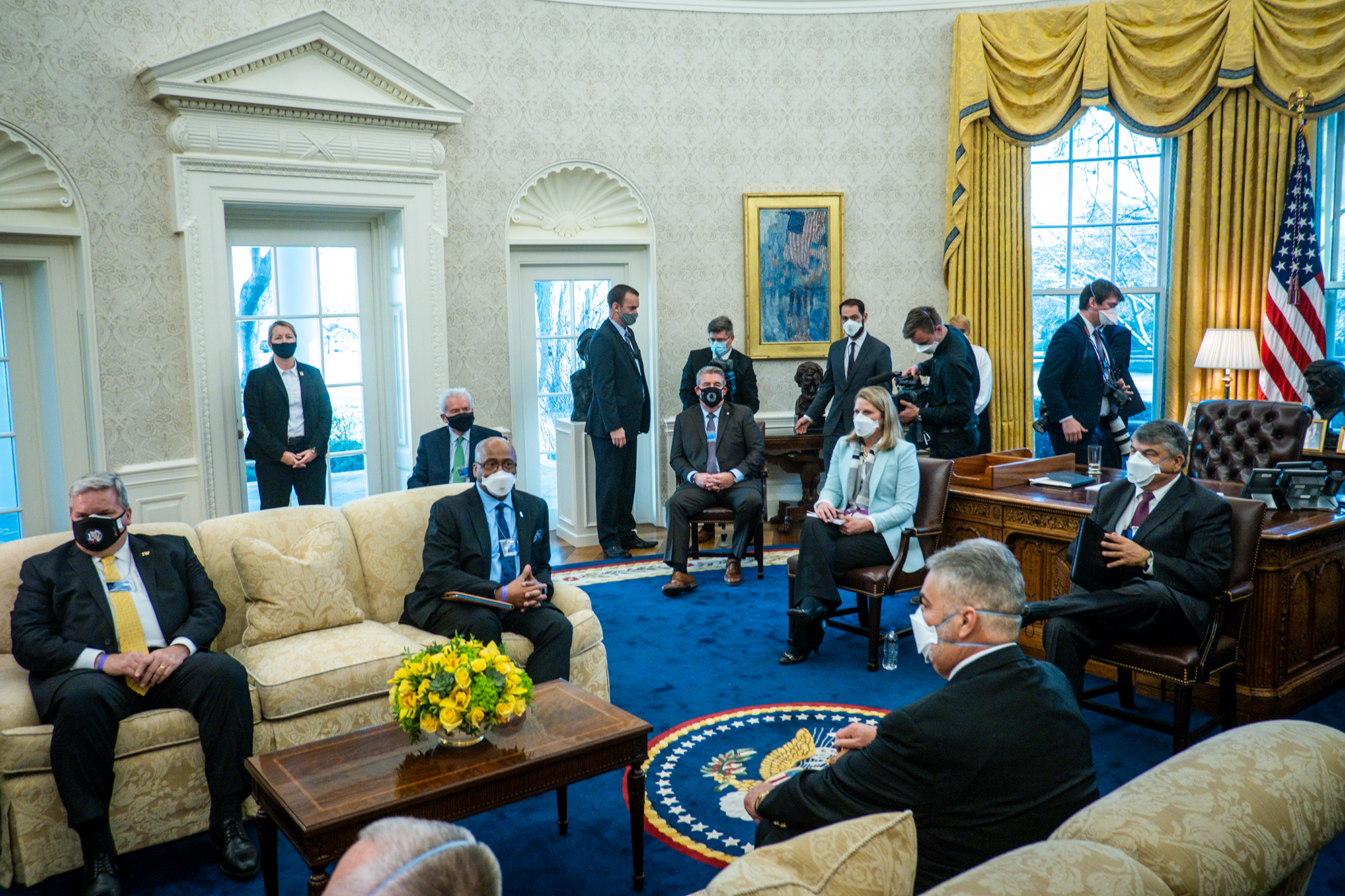 Republicans should stop referring to the Democrats’ newest ideological wish list as a COVID “relief bill.” Surely, there is some GOP spin doctor who can come up with a more precise name for Joe Biden’s $2 trillion partisan monstrosity?

The media have mobilized to warn us about the devastating fallout if the GOP opposes the Dems’ plan; not only for the future of the country, but for their own party.

Do you remember when the Republican resistance to President Barack Obama’s partisan slush-fund “stimulus” bill sunk them in the 2010 midterms? Nor do I.

Although polls told us that a majority of Americans supported Obama’s efforts, not a single House Republican voted for the 2009 stimulus bill. By the next year, a majority had turned against the plan, and the GOP picked up a historic 63 seats, the biggest victory by a party in the midterm elections since 1938. By 2014, the Republicans, after remaining equally intractable on other bogus stimulus efforts, would run both the Senate and House.

Oh, the endless warnings we heard about the pitfalls of “obstructionism” in those days. When Republicans were sinking the 2011 stimulus, Obama adviser David Plouffe warned that it would be an American “tragedy.” When Republicans represent the desires of their constituents, the nation suddenly becomes “ungovernable.”

It is possible that, by the point when Republicans objected to a second stimulus, the ObamaCare fight had already sunk the Democrats’ national prospects. But in a sense, that’s the point. There will be scores of other divisive policy debates between now and the 2022 midterms, and, thus far, Team Biden has shown no inclination to pursue meaningful consensus.

And anyway, the same accusations will be leveled against the GOP. Republicans have the better long-term argument. “Critics say that my plan is too big, that it costs $1.9 trillion,” was Biden’s Obama-esque reply to questions regarding his $2 trillion plan. “Let me ask them: What would they have me cut? What would they have me leave out? Should we not invest $20 billion to vaccinate the nation? Should we not invest $290 million to extend unemployment insurance for the 11 million Americans who are unemployed so they can get by?”

Thank you for asking, Mr. President. How about the $570 million teachers-unions payoff that offers more “emergency leave” to erstwhile educators who have been paid all year to work from home and now stand in the way of reopening schools? How about the $50 million for abortion funding? How about the $350 billion to prop up the budgets of a handful of irresponsible states that refuse to balance their budgets? The Biden plan provides $852 million for lefty-approved civic-volunteer agencies that have zero to do with COVID-19 relief or stimulus. Why? The majority of the bill has nothing to do with the novel coronavirus.

As once-hero and future-villain Mitt Romney points out in The Wall Street Journal, the Congressional Budget Office’s recent analysis of Biden’s plan found that more than a third of proposed funding, around $700 billion, wouldn’t be spent until 2022 or later, by which time the economy will be doing just fine. It is difficult not to suspect that the plan, like most other massive hikes, is propelled by a desire to create a new baseline for federal spending, so that, in the future, anything less can be framed as a drastic and ­immoral “spending cut.”

The five previous COVID-19 relief bills were filled with many stables’ worth of Democratic hobbyhorses, but at least then there was a genuine case that the proposals had to pass.

There is no such case now. With the pandemic likely to recede, the best stimulus will be a return to normalcy, accompanied by a handful of narrow, targeted bills designed to assist those who were the most adversely affected by the government-induced shutdowns.

Before long, there will be a backlash over the government’s zealous and ineffective behavior during the pandemic, and Republicans should make sure they’re on the right side of it. Sure, GOP legislators will be accused of being massive hypocrites on the issue of spending. And in most cases, these accusations will be true. But it is never too late to do the right thing.