The US press turns Soviet and other commentary 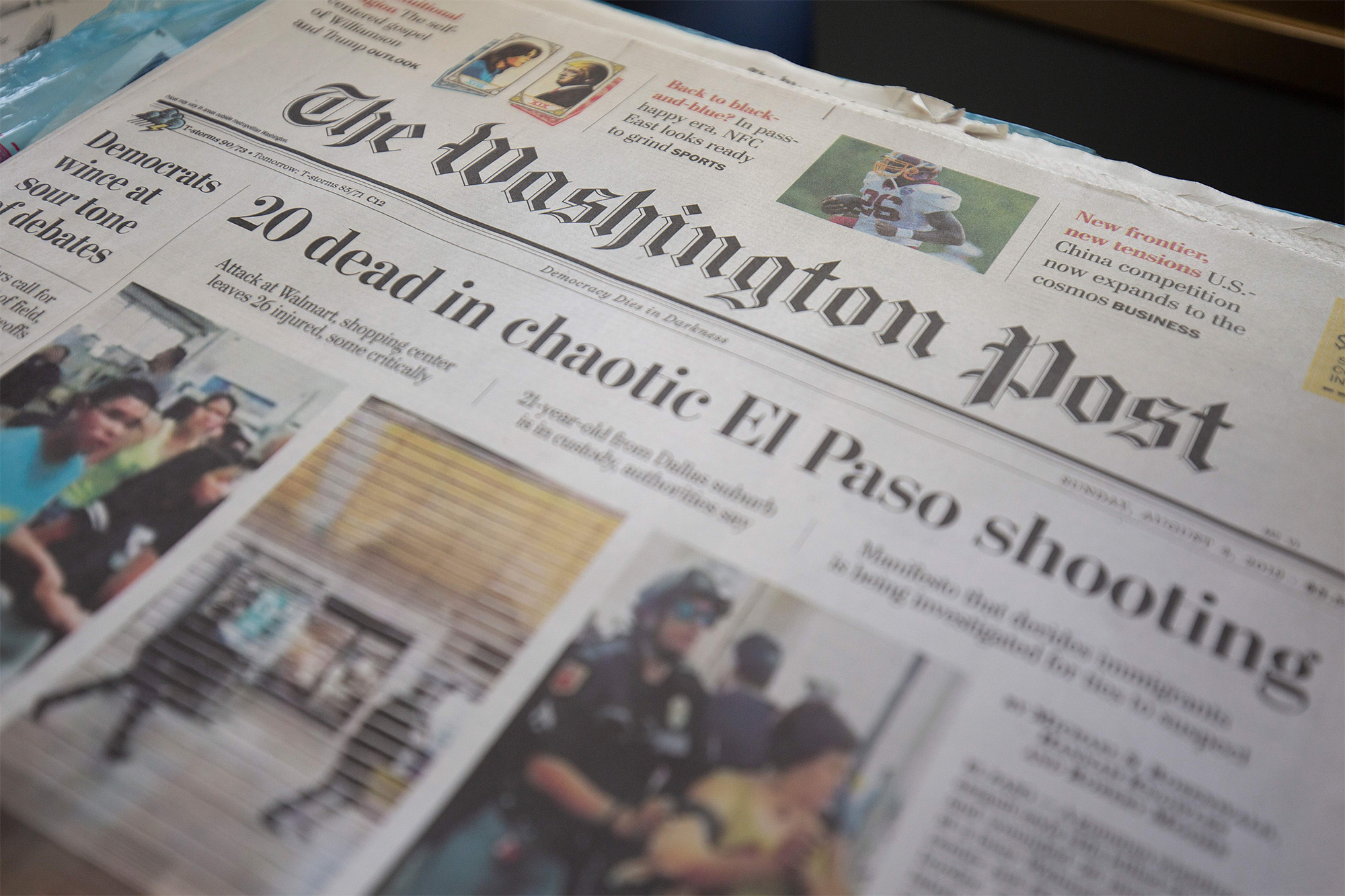 From the left: The US Press Turns Soviet

At his TK News site, Matt Taibbi recalls the cartoonish, everyone’s-a-hero-or-villain nature of Soviet newspapers — and worries: Some US headlines “lately sound suspiciously like this kind of work,” such as “Biden’s historic victory for America.” A Washington Post column claimed Biden might be “impregnable to parody,” which is “bananas,” Taibbi notes, since the prez “checks almost every box as a comic subject.” Overall, “coverage of Biden increasingly resembles official press releases, often featuring embarrassing, Soviet-style contortions,” even failing to show outrage when he declined “to punish Saudi Prince Mohammed bin Salman for the murder” of Jamal Khashoggi, after the same decision by President Donald Trump had media “howling in outrage.” We’re even seeing “purges of the politically unfit” as most of the press “has become homogenous” and “predictably sycophantic.”

From the right: Media Cover for Joe on Border

The media “are having an increasingly difficult time pretending that Joe Biden’s rhetoric and policies had nothing to do with the surge of migrants arriving now,” snarks National Review’s Jim Geraghty. With a record number of accompanied minors in federal custody, the press has rebranded “kids in cages” children “in facilities similar to jail.” And it treats the surge “as just some strange and random thing that happened, completely unconnected to,” for example, Biden’s promise of a pathway to citizenship for all illegal aliens. OK, some outlets blame “pandemic-related economic deterioration” in Central America; but then “why didn’t the surge we’re seeing now occur much earlier in 2020?”

President Biden’s “no-strings monthly checks to parents — whether or not they ever work” — will reignite the “fight over welfare,” predicts Mickey Kaus at The Hill. Biden’s COVID bill mandates checks for a year, but Democrats will undoubtedly move to make the $100 billion program permanent. Though “checks go to middle-class parents as well as poor parents,” they’re still welfare, as they “subsidize families without breadwinners.” After 1996’s welfare reform, “poor single moms went to work in historic numbers” and welfare “rolls fell by half”; by 2019, “child poverty was at record lows among all races.” If welfare returns, we could see “millions of kids growing up fatherless in areas where the mainstream world of employment is a foreign country, for generation after generation.”

“Reading Thomas Sowell has this déja-vu quality,” marvels Thomas Chatterton Williams at Law & Liberty. With today’s “racial reckoning and pseudo-religious panic over identity, it is genuinely shocking to realize” the 91-year-old economist “not only anticipated these same debates” decades ago but “refuted many of the positions now in ascendance.” Last summer, many wondered why Black Lives Matter called itself Marxist and declared “a ‘disruptive’ stance on the nuclear family.” But as Sowell wrote a quarter-century ago, “The family is inherently an obstacle to schemes for central control of social processes,” and “the preservation of the family” is, as Williams puts it, “fundamentally a source of freedom.”

“The Great Awokening is gathering speed,” warns The Week’s Damon Linker. But where did “cancel culture” come from and where might it be going? It’s a “secular religion,” with the word “woke” itself “a play on the Christian Great Awakenings that swept across” America. The “political sensibility of the woke activists” in “elite institutions of American culture” connects “to the old liberal Protestant mainline and from there all the way back to the officially sanctioned moral rectitude of Puritan New England.” It’s less “a political movement” than “a call to individual moral purification,” achieved “through denunciation of sinners who are invited to confess and give public testimony of their transgressions.” It reminds some critics “of the ‘struggle sessions’ of China’s Cultural Revolution,” but the “smaller-scale terror of the Salem witch trials is a more apt analogy.”

Oprah’s interview with Meghan and Harry was a ratings hit