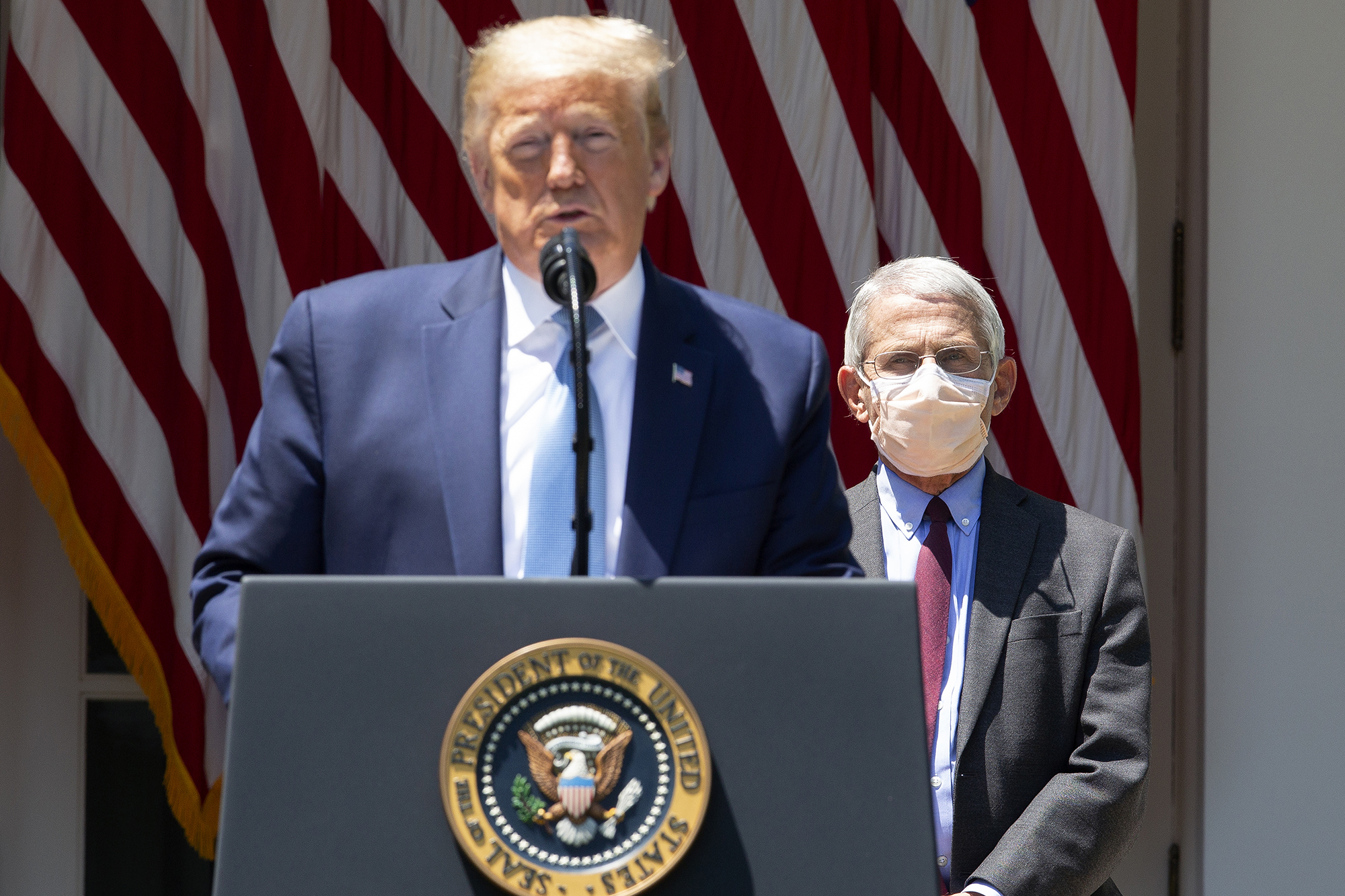 Dr. Anthony Fauci said Sunday that it would be a “game-changer” for President Trump to encourage his supporters to get the jab — after a poll found many GOP voters indicated that they’re reluctant.

“I think it would make all the difference in the world. He’s a very wildly popular person among Republicans,” Fauci told anchor Chris Wallace on “Fox News Sunday.”

“If he came out and said, ‘Go and get vaccinated, it’s really important for your health. the health of your family, and the health of the country,’ it seems absolutely inevitable that the vast majority of people who are his close followers would listen to him.”

The White House chief medical adviser noted that the Trump administration was responsible for launching Operation Warp Speed to develop vaccines to fight the pandemic.

“It seems like an intrinsic contradiction that you had a program that was started during this presidency and he’s not out telling people to get vaccinated, but I wish he would,” Fauci said. “He has such incredible influence over the people in the Republican Party, it would really be a game-changer if he did.”

A poll released Thursday showed that 47 percent of Republicans don’t plan to get the vaccine — with that number rising to 49 percent among GOP men.

In a separate interview on NBC’s “Meet the Press,” Fauci said the results are “disturbing” and “makes absolutely no sense.”

“I mean, I just can’t comprehend what the reason for that is when you have a vaccine that’s 94 to 95 percent effective and it is very safe. I just don’t get it,” he continued.

Asked when any American who wants the vaccine should be able to get one, Fauci predicted that it should be shortly after May 1 — the date that President Biden has called on states to make the shot eligible to all adults.

“l hope that’s just going to be a couple of months after that,” Fauci told CNN anchor Jake Tapper on “State of the Union.”