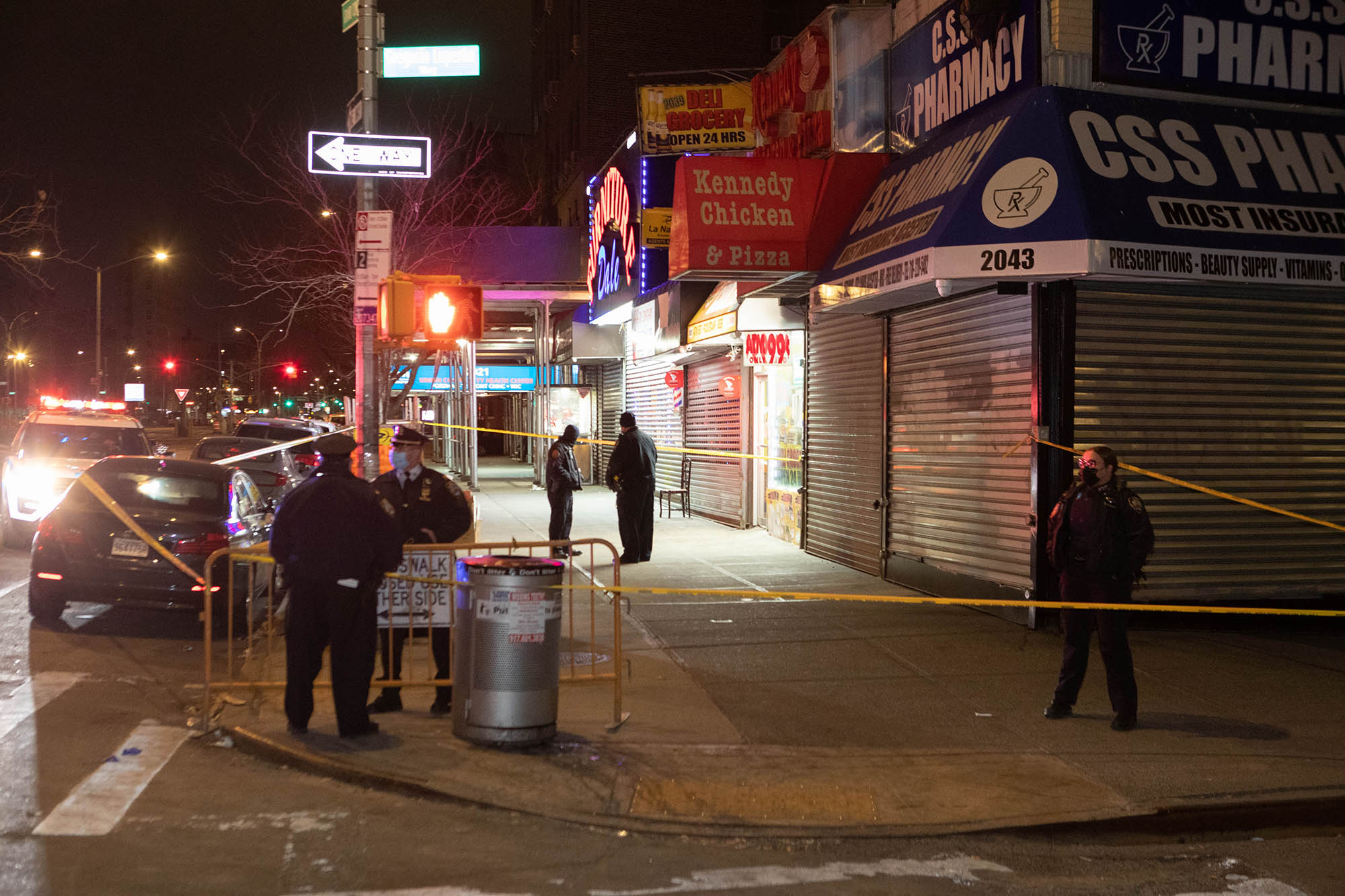 Two men were hurt — and one killed — in separate overnight shootings across the city, cops said.

A 55-year-old man was blasted in the torso on Grand Concourse near East Burnside Avenue in the West Bronx just before 4 a.m., cops said.

The gunman took off and the victim was taken to St. Barnabas Hospital in stable condition, police said.

Hours earlier, around 11:20 p.m. Monday, a 19-year-old man was sitting in his car on Blue Slip near the Newtown Barge Playground in Greenpoint when another man wearing a mask walked up and opened fire, hitting him in the arms and legs, police said.

He was taken to Bellevue Hospital in stable condition.

The motive was unclear.

And around 10:20 p.m., a fatal shooting at East 118th Street and First Avenue in East Harlem sparked a wild police car chase through the borough that ended with one suspect in handcuffs, police and sources said.

The man who was killed was unidentified, according to cops.

US schools, students will pay a price for Biden's open borders for minors