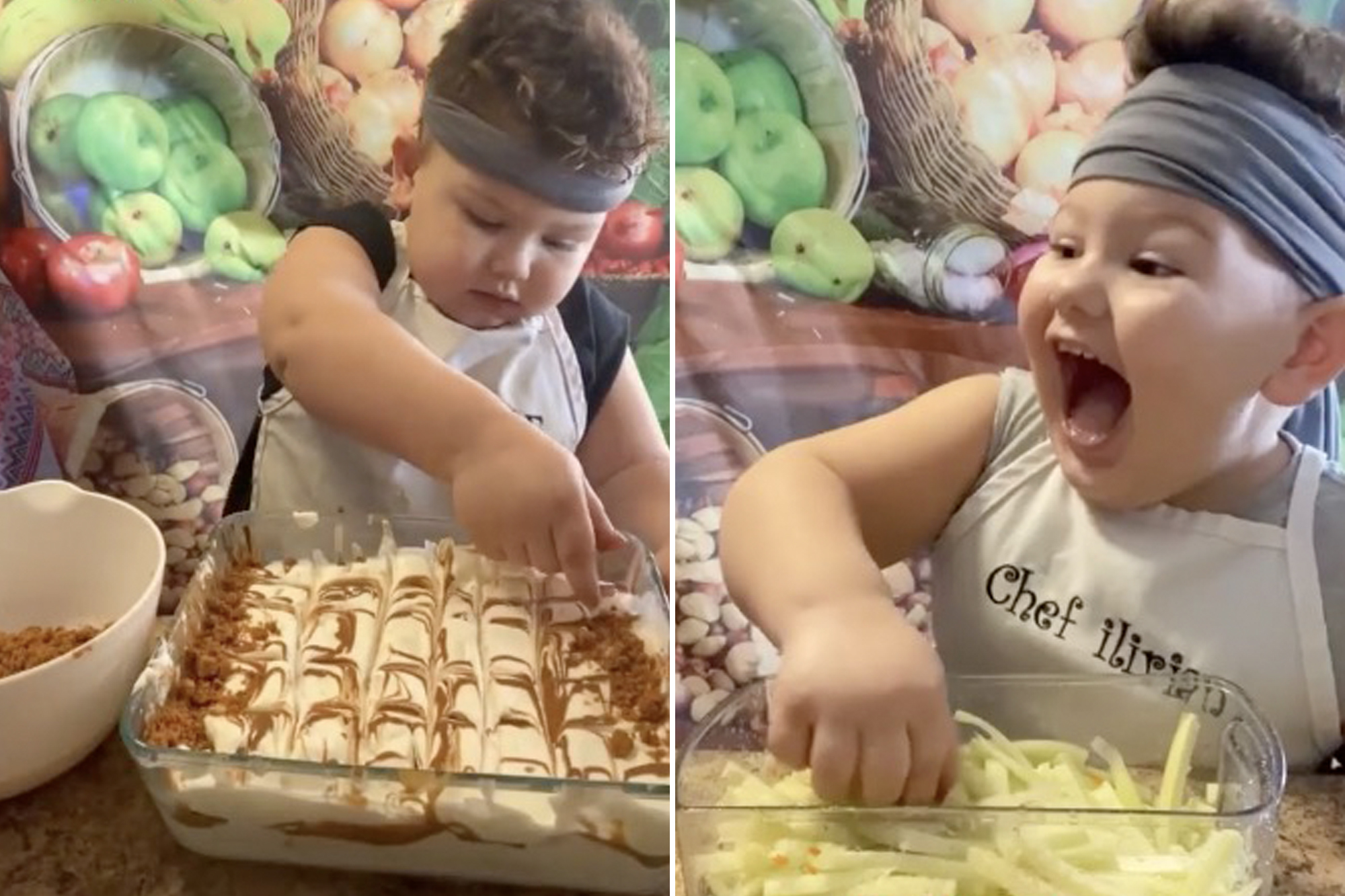 He’s only chopping with butter knives for now, but 3-year-old Ilirian Kameraj is well on his way to mastering the art of cooking.

The combination proved a winning one as the video has raked in more than 11 million viewers.

From tacos to tiramisu, Ilirian showcases a range of culinary techniques — with the help of his mom Dorentina, who directs and produces Ilirian’s instructional videos. But his main move? The chop. One clip of his powerful swing while using a produce-chopping gadget has amassed 25 million views on TikTok since first shared in October.

In a more recent update, the pint-sized pastry chef attracted 4 million viewers with his perfectly executed pumpkin pie. (And, yes, he made the crust, too.)

Ilirian, from Great Neck, NY, picked up the rolling pin last year — a curiosity facilitated by lockdown boredom, according to Dorentina, who worked as a Montessori school assistant before the coronavirus pandemic. She told “Today” last year that his training started with “easy stuff,” like cupcakes. “Eventually he advanced to roasted chicken,” she said.

Ilirian wasn’t interested in a following on social media, but when Dorentina’s friends saw her son crack an egg with the deftness of a chef, they encouraged the mom and son to share their foray into kid-safe cooking content.

Granted, accidents do happen — a lot. Some of Ilirian’s most-viewed videos are his blooper reels, which feature the giddy gourmand giggling through the mess he’s known to make.

Dorentina has said that she hopes Ilirian’s fearless spirit in the kitchen — and showing how to manage it safely — will encourage more adults to put trust in children who show an interest in their food: “Kids are capable of so much.”

How to help people affected by the Texas winter storm