Where to find NCAA Tournament sleepers 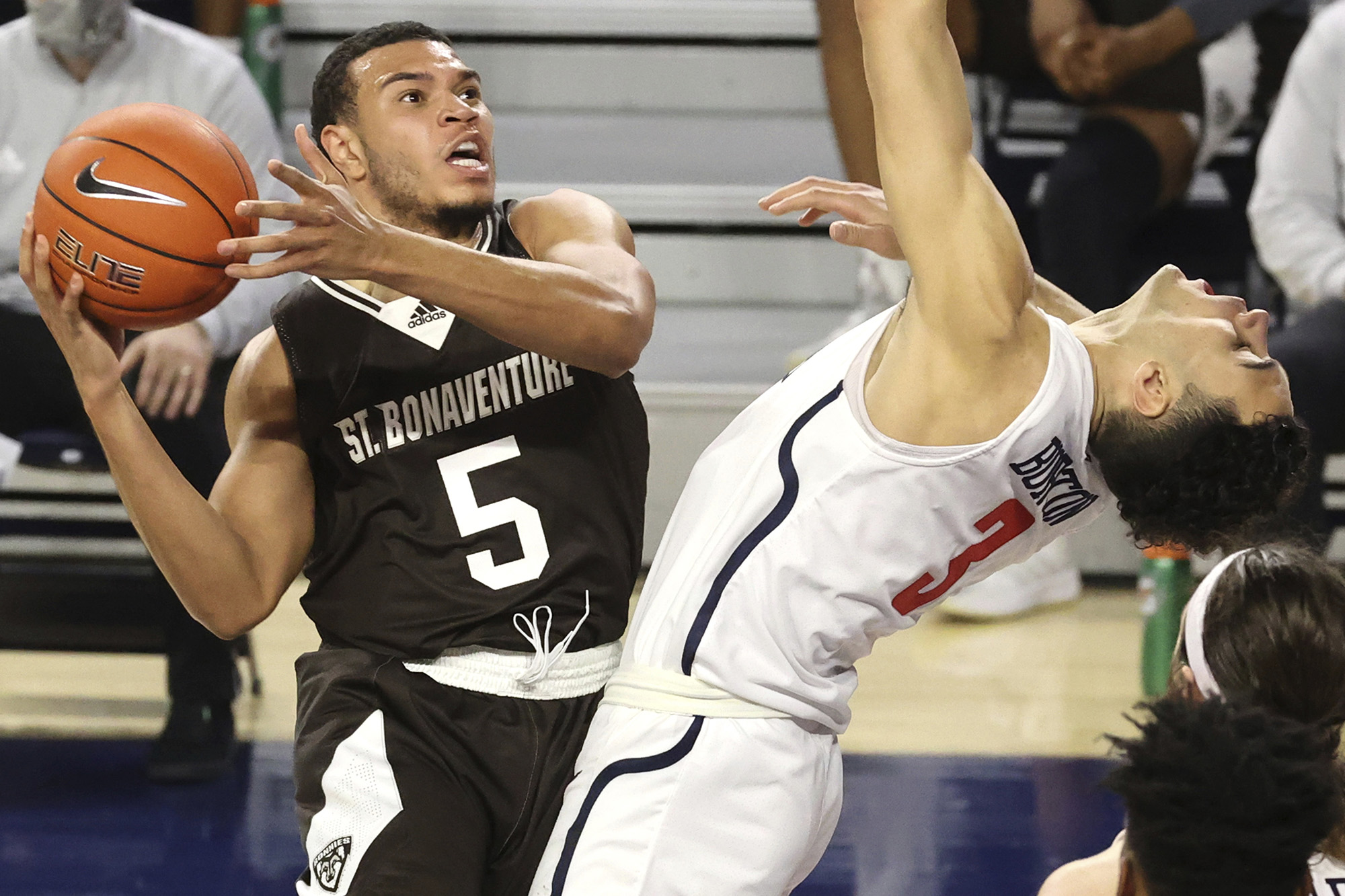 As we prepare to fill out our brackets in a little more than a week, which teams could make you look really smart? Let’s look at some of the conference tournaments in progress.

The Atlantic 10 is usually one of the last conference tournaments to tip, but due to COVID-19 concerns, it began Wednesday. This conference title is up for grabs. Richmond generated most of the preseason talk, boasting experience all over the court and an impressive 24-7 campaign last season. But the Spiders stumbled a few times this season and were eliminated from the A-10 tournament by Duquesne on Thursday, opening the door for schools such as VCU, St. Bonaventure and Saint Louis.

The Atlantic 10 teams with the best at-large résumés are VCU and St. Bonaventure. With or without winning the conference tournament title, I see the Bonnies making the NCAAs as a 10th seed and the Rams as a 12th seed. With teams such as Michigan State and Duke on the cut line, these A-10 teams do not want to leave their fates in the committee’s hands. I believe VCU and St. Bonaventure could win a game or two in the NCAAs — if they get there.

Some scorching flames are coming out of Lynchburg, Va., where Liberty is one of the hottest teams in the country. The Flames are 21-5 and have won 10 in a row after their victory over Kennesaw State on Thursday. If they can win the Atlantic Sun tournament, I have them in line for a No. 13 seed in the NCAA bracket.

This will be a team no power-conference school will want to play. The second-best team in the conference, Bellarmine, is ineligible for the NCAA Tournament because it is its first season in Division I.

If the Flames end up in the NCAAs, look for them to win a game or two. Coach Ritchie McKay’s teams are known for playing their best ball in March. They have won back-to-back conference tournaments and defeated Mississippi State in 2019 as a 12th seed.

Winthrop moved to 22-1 with an 82-61 victory over Longwood in Thursday night’s Big South semifinal. The Eagles have dominated the conference all season, losing only to UNC Asheville by two points. If Winthrop fails to win the Big South tournament, the NCAA selection committee will have to have a long discussion about the Eagles’ at-large résumé. Winthrop would like to avoid that discussion and just grab the automatic bid. I have Winthrop as a No. 13 NCAA seed. The Eagles will benefit enormously from the format of this year’s Big South tourney. All games will be on the campuses of the higher seeds, so Winthrop is playing for an NCAA bid on its home floor. If the Eagles can put together two more wins at home, look at this team very closely in your NCAA bracket.

Most of the talk in mid-major basketball this year has centered on Belmont. The Bruins were cruising, not having lost since early December — until last week, when they lost consecutive Ohio Valley games to Eastern Kentucky and Morehead State. The good news for Belmont is that those teams will be seeded second and third in the conference tournament this week in Evansville, Ind. That means the Bruins will have to play just one of them on their way to an automatic NCAA bid, which is the only path I see for Belmont to get into the NCAA Tournament.

Even the non-woke should support just demands for reparations